The Advantages of a Three-in-One Field Safety Transmitter 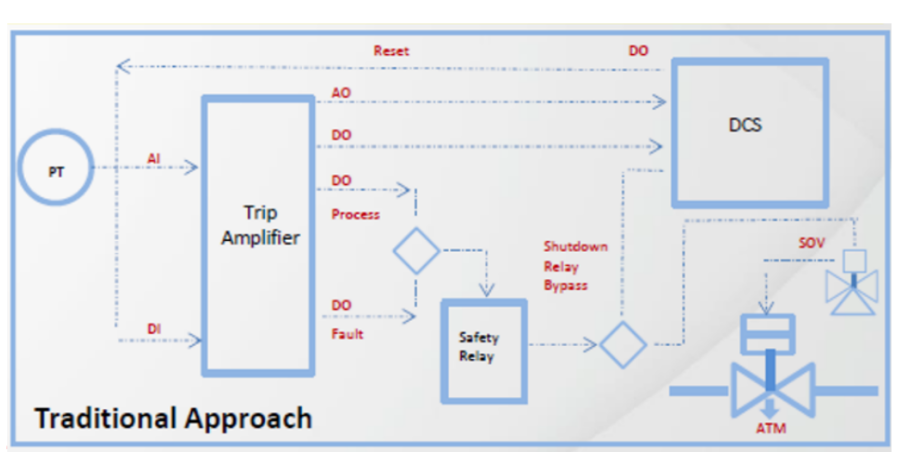 The Advantages of a Three-in-One Field Safety Transmitter

A newer approach using a SIL-certified safety transmitter (sensor) that includes the logic solver eliminates the complexity associated with trip amplifiers and accessory hardware. Rather than using multiple devices and a complex webbing of wiring, a stand-alone, SIL-certified transmitter with built-in relay, and trip amplifier minimizes the components, reduces maintenance, and therefore provides greater reliability while reducing cost.
See figure 2. 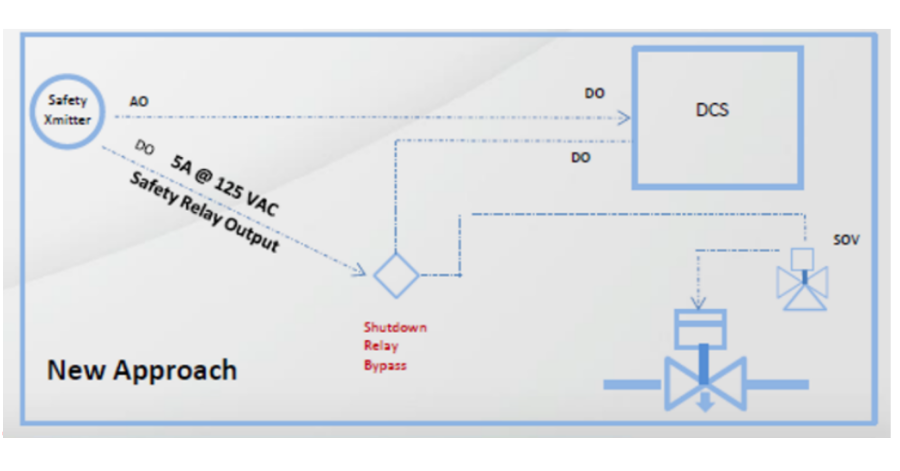 The One Series Field Safety Transmitter from United Electric Controls is different from all other SIL-certified transmitters because it functions as the sensor, logic solver, and has the relay (three-in-one) embedded into the device, allowing direct, local switching of the final element in less than 100 milliseconds. This is significant when an emergency shutdown of the final element is required at the point of measure, since the Field Safety Transmitter eliminates the lag time that could occur when using multiple components to initiate shutdown.

Applications are far-reaching and can be used anywhere operators need to install a safety device for SIS. The three-in-one device is used within refineries, chemical plants, upstream oil and gas wellheads, water and wastewater applications, and with most pump-specific applications.

Advantages of the Three-in-One Device

Here are just a few advantages of this safety transmitter with a built-in safety relay and trip amplifier:

At an upstream oil and gas wellhead site, the operating company experienced a buildup of paraffin during colder months that would block the wellhead’s hydraulic pressure measurement and shut down all four wellheads within the pad rather than just the one that was causing the problem. They installed the Field Safety Transmitter because in their remote location, the transmitter performed the only safety instrumented function (SIF) and became the SIS. In addition, the Plug Port feature allowed the operator to set a time and percent of change value for the process that would indicate a deviation from the normal operating condition. Now, if the pressure-flow were restricted on a well, the safety transmitter would shut down that well, and alert the command center, who could dispatch maintenance while the other three wells continued to operate. 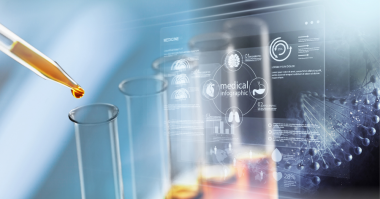 A leading manufacturer of tribology testing equipment needed reliable precision couplings for use on their oil viscometer instrumentation. The fully…

Schlumberger and NOV announced a collaboration to accelerate automated drilling solutions adoption by oil and gas operators and drilling contractors. The agreement will enable… 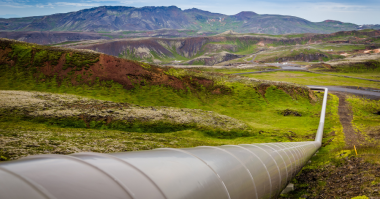