How AODD Pumps Can Satisfy All Demands In Mining Operations

Home » How AODD Pumps Can Satisfy All Demands In Mining Operations
Mining January 19, 2022 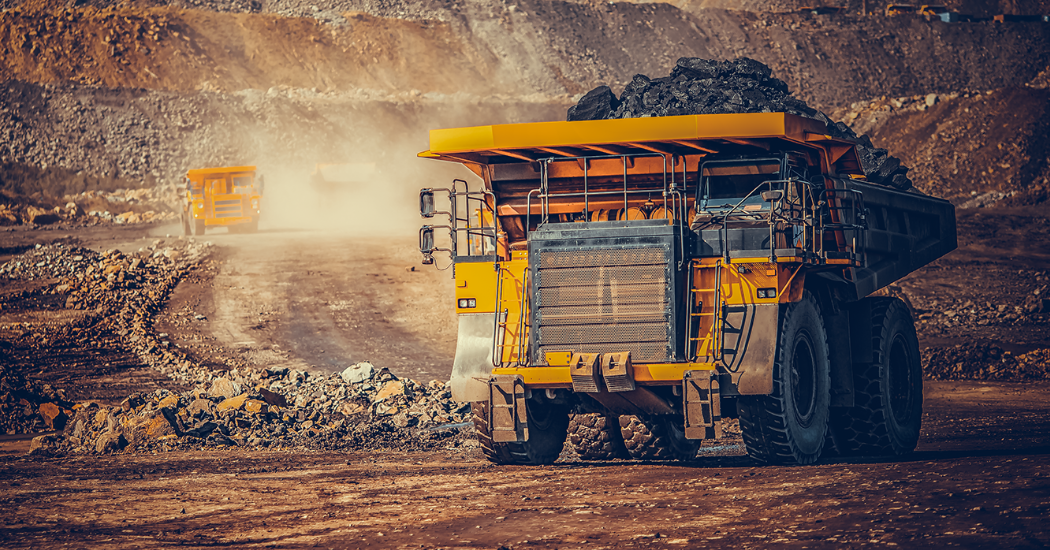 How AODD Pumps Can Satisfy All Demands In Mining Operations

In an industry that features a number of harsh, but oftentimes delicate, liquid-handling challenges, Wilden® Air-Operated Double-Diaphragm (AODD) Pumps have consistently risen to the occasion

Mining is one of the world’s oldest industries, tracing its roots back to those prehistoric days when someone grabbed a digging instrument and began burrowing into the ground. In the many millennia since then, mining has grown into one of the world’s most important and widespread commercial enterprises, with mining operations spread across the globe while tasked with recovering an almost inexhaustible list of valuable commodities.

This means that the mining industry is a strong one, with solid growth expected to continue in the coming years in many regions of the world. It also means that mining operations will continue to rely on pumping technologies that offer robust, reliable and safe service in a number of critical liquid-handling operations. This white paper will illustrate why positive displacement air-operated double-diaphragm (AODD) pumps can be the best choice for many of those applications. 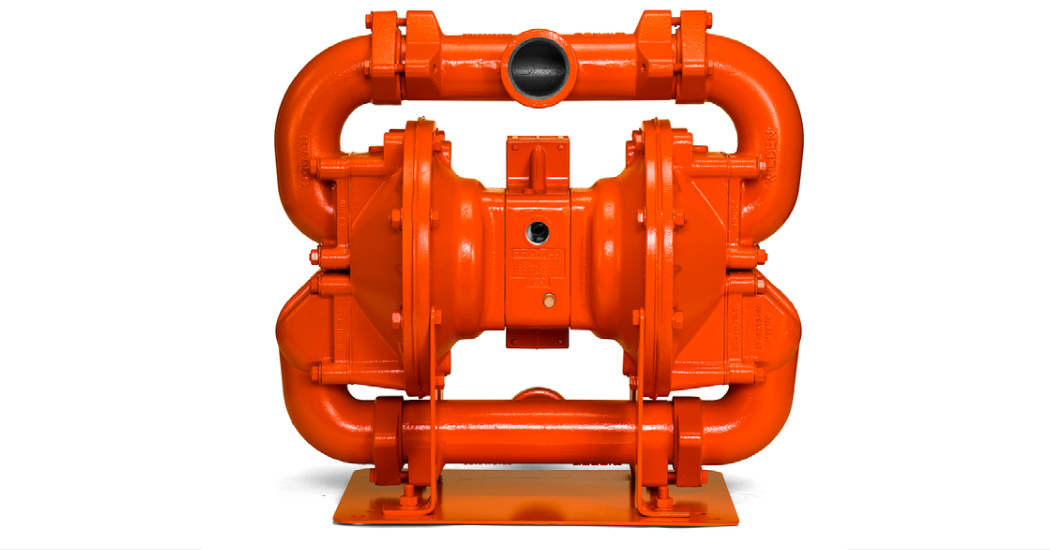 Wilden ® Brahma ® Series AODD Pumps have a unique top-inlet/ bottom-outlet bolted design that allows them to effectively handle the passage of large solids with no risk of damage caused by product entrapment or the compromising of flow paths.

While mining might appear to be nothing more than a rough-and-tumble operation – holes are dug by heavy machinery or with explosives, opening the hidden ode to access from above – there are, in fact, many complex and sometimes delicate operations that must be performed properly if the mining operation is to perform at its highest level of efficiency.

From a macro standpoint, this requires a pumping technology that can operate reliably in harsh and remote locations, even when submerged, or when tasked with handling particulate-laden liquids or toxic/corrosive products, and also one that is able to be maintained and repaired simply so downtime is lessened. The pumps must also be light enough to be manually moved from location to location within the mine itself.

For many years, a popular choice for use in these conditions was centrifugal pumps. While centrifugal pumps are able to create the high flow rates that are required, they have a number of operational “pain points” that hamper their use in mining applications: an inability to self-prime or run dry; special seals needed to prevent leaks; special linings needed to handle solids; high motor speeds of up to 1,800 rpm; and relatively high maintenance requirements and costs, especially when charged with transferring solid-heavy liquids.

Another popular choice has been the progressive cavity pump, but, like centrifugal pumps, they have a number of operational shortcomings. These include an inability to consistently handle liquids with high levels of abrasives, which leads to increased maintenance costs, wear on expensive stators and rotors that will eventually need to be replaced, and overall higher purchase, operating and repair/replacement costs.

Here are some of the specific liquid-transfer operations that take place in a mine and the ways that some pump technologies can fall short in satisfying them: 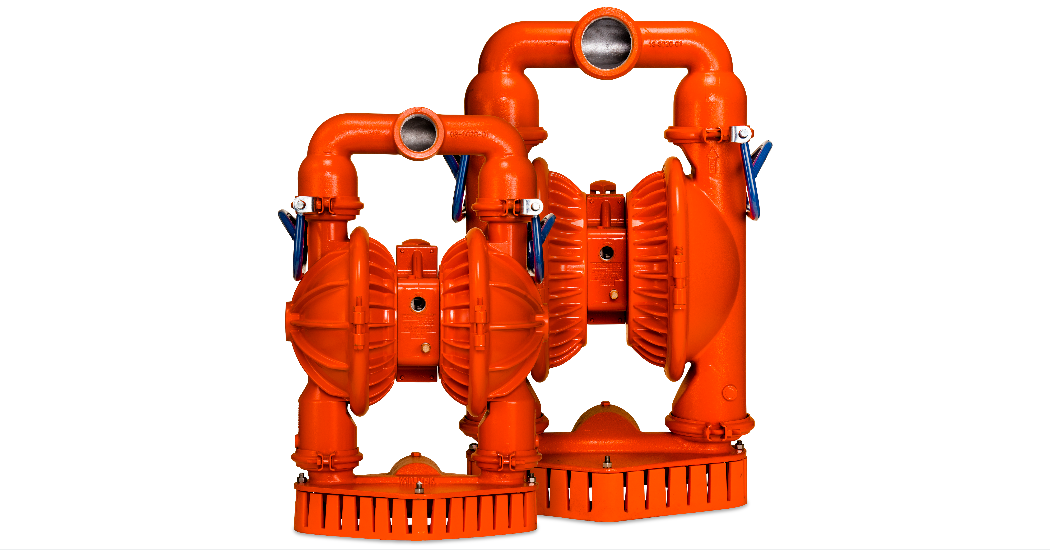 The large internal flow paths of Wilden® Stallion® Series AODD Pumps help ensure that there will be no clogging during the transfer of solids-laden liquids, while their convenient carrying handles give them lightweight portability for use in a number of critical mining applications.

While centrifugal pumps – despite their popularity – have proven to not be the most effective solution in many liquid-handling applications in mining, one pump technology that has proven to be an optimum choice is AODD – in terms of maximizing reliability, cost-effectiveness, ease of operation and maintenance, and safety for mining personnel and the environment. AODD pumps are able to perform effectively in mining applications because their method of
operation allows them to easily handle variable flow rates and pressures, while being dry-run and line-stripping capable, and nimble enough to transfer liquids that are shear-sensitive or high-viscosity, as well as slurries laden with rocks, pebbles and other particulates.

The simple design of the AODD pump features few moving parts and comparably lower speeds than other pump technologies, which improves reliability and simplifies maintenance, while the pump’s seal-less construction results in fewer leaks, which is a critical consideration when handling the many hard-to-seal, corrosive or hazardous liquids that are prevalent in a mining operation. AODD pumps are available in both metal (most commonly aluminum, ductile iron and cast iron) and plastic (polypropylene and PVDF) housing constructions, while a wide array of elastomers can be used in the diaphragms, which eliminates many chemical-compatibility concerns. 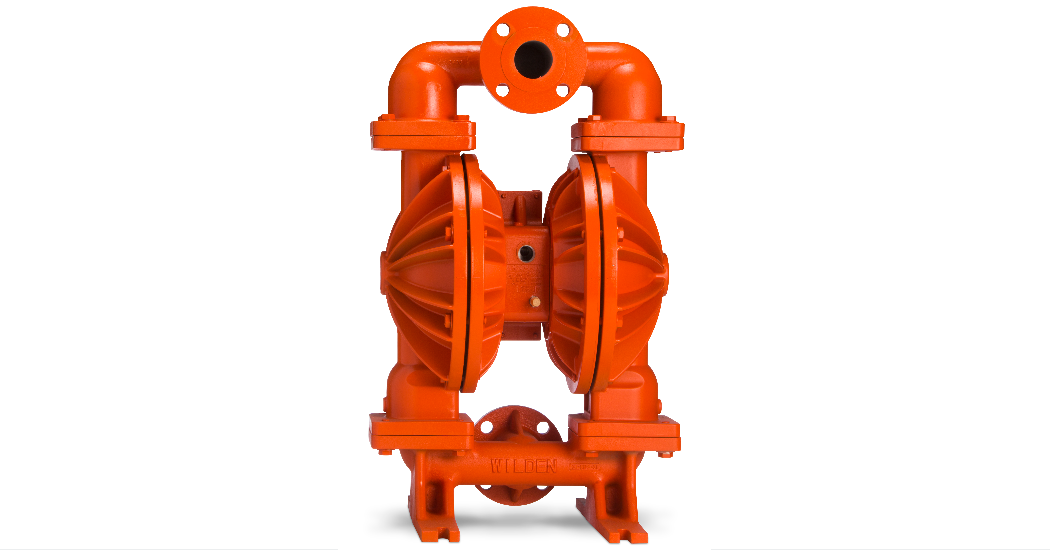 Wilden® AODD Pumps excel in the many diverse liquid-handling applications found in mining operations because they are able to offer a wide range of options to the user, from bolted/ clamped design, metal/plastic materials of construction, and a complete roster of diaphragm styles and materials.

A wide variety of AODD pump configurations provide operational flexibility that can also result in optimized performance at many levels. The ability to feature AODD pumps in a wide range of applications, from basic general use to delicate chemical-handling processes, allows operators to more cost-effectively outfit their mines. AODD pumps can also be less costly to operate, especially those models that are outfitted with a next-generation mechanically actuated Air Distribution System (ADS). At their most basic, AODD pumps excel in the typical rugged and harsh operating conditions found in the world’s mines, which reduces breakdown incidents along with corresponding downtime and repair costs.

Specifically, Wilden®, whose founder, Jim Wilden, conceived the AODD pumping principle 65 years ago, has been dedicated to developing technologies that meet the needs of mining operations.

All of the Brahma, Stallion and Pro-Flo SHIFT pumps are able to be outfitted with a wide array of diaphragm styles – including the newer Chem-Fuse, EZ-Install and Reduced-Stroke models – in a varying array of materials, such as Wil-Flex™ (Santoprene®), Geolast®, Polyurethane, Buna-N®, EPDM, Neoprene, FKM and PTFE. This diaphragm range gives users the widest selection of diaphragms on the market, all of which are capable of providing extended mean time between failure (MTBF) for optimized uptime with reduced maintenance, repair and replacement costs. All of these capabilities make AODD pumps the ideal choice for the aforementioned common liquid-handling applications in mining: dewatering, general service, corrosive-handling, filter press and daily product transfer. 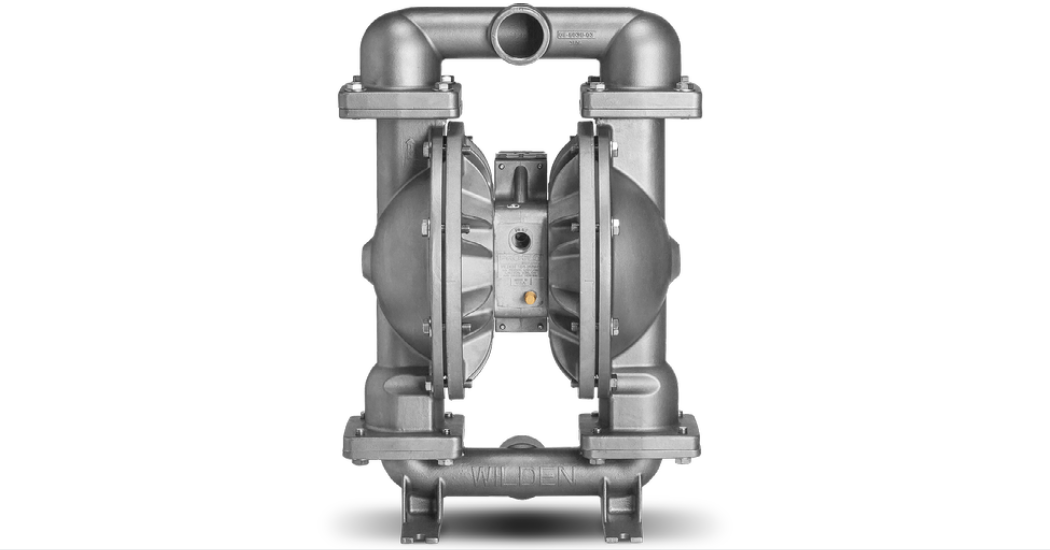 Despite their appearance, mining operations feature a number of delicate liquid-handling applications and Wilden ® Air- Operated Double-Diaphragm (AODD) have become a first-choice option for many of them.

In summary, Wilden AODD pumps are the best option for mining applications because they offer considerable operational advantages, like comparable low-speed operation, dry-run, line-stripping, self-priming and deadhead capability, along with increased operational safety and a reduction in maintenance/repair costs that can be incurred by pumps that are not designed to handle abrasive/corrosive or solid-laden liquids.

Wilden AODD pumps also outperform other AODD technologies in other significant ways: simple design with the lowest number of parts for faster, simpler and safer repairs and the lowest number of spare parts to stock; recent improvements in materials of construction that increase the pump’s MTBF; and improved efficiency through the use of the Pro-Flo SHIFT ADS, which ultimately results in faster product transfer with lower air consumption. Wilden also continues to innovate through the development of the next-generation Chem-Fuse and EZ-Install diaphragms, both of which increase service life and safety while not compromising the handling of challenging liquids.

About the Author:
Fernando Meneses is the Regional Manager North Latin America for Wilden®, a leading manufacturer of air-operated double-diaphragm (AODD) pumps. He can be reached at +51 127 37402 or fernando.meneses@psgdover.com. Wilden is a product brand of PSG®, Oakbrook Terrace, IL, USA, a Dover company. PSG is comprised of several leading pump companies, including Abaque™, All-Flo, Almatec®, Blackmer®, Ebsray®, em-tec, EnviroGear®, Griswold®, Hydro Systems, Mouvex®, Neptune™, Quattroflo ™, RedScrew™ and Wilden®. You can find more information on Wilden at wildenpump.com and on PSG at psgdover.com. 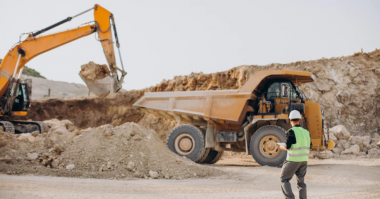 Mining equipment maintenance can take between 35% and 50% of a company's total expenditure on the project. This shows that… 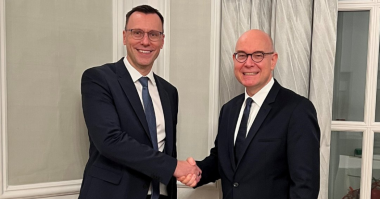 ABB and FLSmidth to collaborate to investigate how to improve environmental performance, safety and productivity for the mining industry 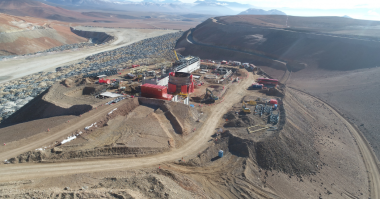