Last year, the European Commission announced its commitment to delivering on its energy efficiency and carbon reduction objectives through its new Green Deal proposition. This Europe-wide undertaking is of course excellent news and sets out a ‘road map’ for the suggested improvements. It also presents an ideal time to recall the pump industry’s early and continued contribution to energy savings, which has not only been significant to-date, but also realistic and achievable over the short-term. By way of example, water pumps have the potential of saving 50TWh of electricity across Europe, which is equivalent to the output of five large coal-fired power plants, annually.

Even though the pump industry’s contribution to gross domestic product (GDP) is smaller than other sectors, by comparison, the energy consumption of pumping systems is much higher. It ranges from 10-15% of the overall annual electricity production throughout Europe. And that is why the energy-saving potential of pumping systems is extremely high at absolute level and why our pump manufacturers place a great deal of importance upon it. Energy efficiency is, and always has been, a major part of the business model adopted by pump manufacturers. So, it is no wonder that the EU Commission, in its efforts to reduce energy consumption, considered regulating pumps at an early stage in the process.

However, to help avoid any misunderstanding as to how these reductions can be achieved, the following should be noted: it is not the pump itself which uses the above-mentioned high levels of energy, it is the system in which the pump is operating (Figure 1). Improved energy efficiency within a pumping system means to reduce losses and to adjust the pump’s output to the need of the system. Without the right match of pump operation to the system’s overall requirements (or duty), even single component efficiencies can result in increased losses across the system. A pump with stated high efficiency, but which is too large for the system (a common occurrence across industry), consumes far more energy than the peak efficiency levels promise. And, at the opposite end of the spectrum, if an existing fixed-speed motor which drives a pump is replaced by a motor with higher efficiency (but without adding a speed control), it results in higher energy consumption, because the pump’s output into the system is higher than the system’s demand. 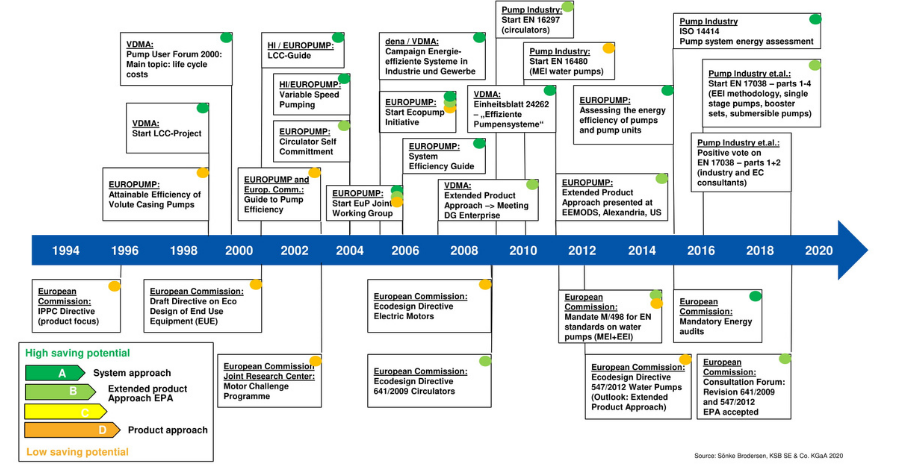 Let us look at the activity timeline of the European pump industry in relation to improved energy efficiency in pumping systems (Figure 2). The main activities of our sector are obviously dominated by the approaches marked in green, which offer potentially high levels of saving. But why is that? Well, since pump manufacturers deliver their products into a great variety of applications, such as general manufacturing, water/wastewater, food & beverages, energy, building services, mining, and so on, they know very well how their pumps are installed, operated and serviced. They, therefore, know where the big savings can be found and perhaps more importantly, achieved.

To keep it simple: if the pump operation continuously and accurately matches the requirements of the overall system, and all purchase, installation, and operational costs are considered (the life cycle costs), the highest savings will be achieved and this is regarded as the system approach. By contrast, if the efficiency of just the pump is being considered, which is known as the product approach, the pump would no doubt save energy if continuously operated at the given best efficiency point. However, this is almost never the case, either, because the pump is oversized or because the demand typically changes during its operation.

As a minimum requirement, it should be possible to adjust the speed of the pump according to the flow rate changes at variable flow or to match the duty point at constant flow operation. This can be achieved be defining a new product category which is called Extended Product (EP). This new classification describes a product as consisting of a pump + motor + drive, together with a harmonized load profile for the special product application.

Because this knowledge inherently exists amongst pump manufacturers, our industry has been pushing the ‘system approach’ for the best part of 25 years.

Indeed, the Extended Product Approach (EPA) was introduced by the pump industry, when the European Commission (EC) found itself to be struggling with some of the definitions being used in its Eco-Design Directive. The Directive referenced pumps as ‘stand-alone products’, much the same as light bulbs and other domestic appliances, which of course they never are. Pumps are always embedded into systems, with their overall energy efficiency being subject to the operational parameters of that system. So, to overcome this problem, Europump, on behalf of the members it represents, developed the EPA. This important initiative was undertaken in close and fruitful cooperation with the European motor and drive industry and supported by leading universities.

Ever since the turn of the century, and even before, our industry has pushed for energy-saving measures with distinct initiatives, campaigns, conferences, guidelines, and publications (especially on life cycle costing, system efficiency, and variable speed pumping). In 2005, all these activities were brought together in Europump’s Eco pump Initiative and the associated Europump Joint Working Group on energy-using equipment. Since 2006 this working group has tirelessly supported the European Commission and has undertaken a great deal of ‘standards-based’ work to help push energy saving in pumping systems. In this regard, it is also worth mentioning that Europump’s self-commitment to improving the efficiency of circulators has been the blueprint for the subsequent Eco-Design Directive on Circulators. Of course, and as already highlighted, 2007 saw the introduction of the EPA, another key initiative of Europump.

Since the start of Europump’s Ecopump Initiative to push both the ‘system approach’ and the ‘extended product approach’, it’s members have spent about 1M € for related projects and more than 3M € for personnel costs, not taking into account travel and other expenses. And this is on top of all the additional work necessary for manufacturers to fulfill their obligations under many other laws and regulations, such as Machinery Directive, ATEX, REACH, RoHS etc. The pump industry is highly regulated, due to its product delivery into such a wide variety of applications and in all regions of the world, which of course carry their own specific regulations. For a small sector of industry this is a huge burden and so it deserves to harvest the ‘fruits of its labour’ on the Extended Product Approach in the short-term. As such, the revised Eco-Design Directive for Water Pumps must be introduced as soon as possible.

With a look into the digital future, the pump industry again proves to be a pioneer. For the past two years, a VDMA group has been working hard on a so-called OPC UA companion specification for use in the industrial internet. It sets a standard which allows pumps to be plugged into systems like a mouse into a computer. Ready to play an integral role in an industrial system.

One basis for digitalization in our sector is again the Extended Product Approach, i.e. pumps equipped with variable speed drives, which allow the adjustment of pumps to the system needs. Based on pump manufacturers’ knowledge of the correct matching of pumps to duty, the manufacturers have already developed algorithms and cloud-based digital solutions, which allow energy-efficient matching of pumps to various systems, and this approach can deliver maximum energy savings.

In summary, for more than 25 years the European pump industry (through its representative body, Europump) has been pushing energy-efficient solutions and energy savings in fluid movement. During this time, it has always pioneered technical solutions, supported the European Commission, and developed appropriate Standards.

Unfortunately, it seems that the pump industry has for some time been ‘ahead of the game’ in its energy-saving recommendations, but it is hoped that the high saving potential of its various initiatives, do not suffer further delays.

It is now quite clear that pumps with variable or adjustable speed drives can play a significant role in energy use reduction going forward. Specifically, we should urgently act upon the proven energy-saving potential of pump sets in water applications, and in doing so, remove five large coal-fired power plants from our annual power generation output. 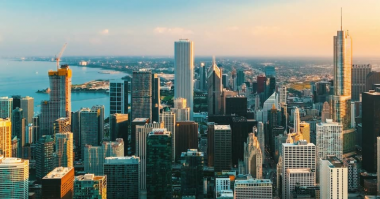 The 5 Most Sustainable Cities In The US

In honor of Earth Day 2021, Rocket Homes recognized the country’s most eco-friendly cities and initiatives they’ve created to reduce… 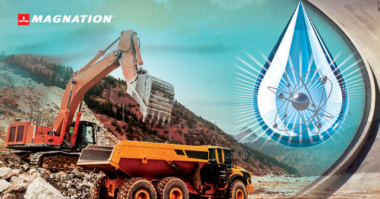 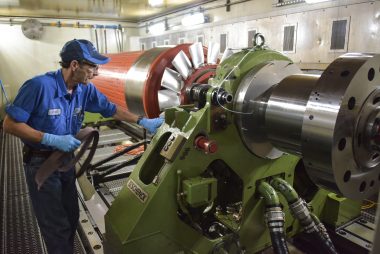 The perfect balance for large rotors