Pumping Systems in the Power Industry Survival of the Efficient (System) 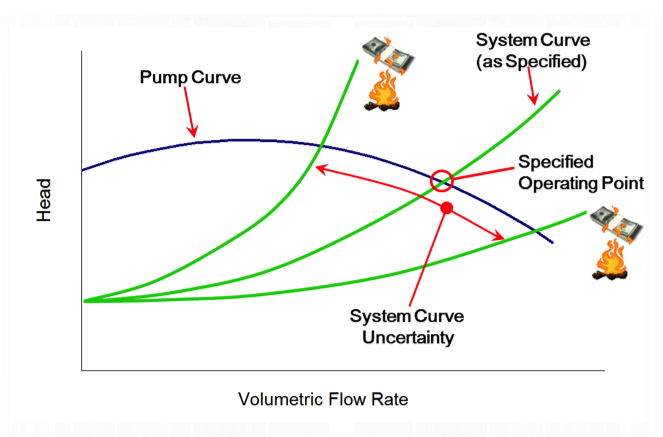 Pumping Systems in the Power Industry Survival of the Efficient (System)

I write this article under the assumption that little will change in our federal government, i.e. EPA will continue to push their agenda and without a national energy policy allow state governments to mandate renewable energy requirements.

After a hundred years of maintaining the status quo the power generation industry is in the midst of unprecedented change.  A majority of the changes are the result of federal regulations specifically:

As well as state mandated requirements for renewable energy (currently at least 33 states have some legislation regarding renewable energy).  As a result of the afore mentioned issues over the last 10+ years investor owned utilities (a majority of power producers) has shrunk from 100 to 50.  The utilities that were heavily vested in a single fuel source (coal) found it necessary to merge with a power utility that had greater diversity in their fleet.  Add to the equation the March 2011 event at the TEPO Fukushima Daiichi Nuclear Power plant and you have the formula for an industry make-over.

Due to all of the changes outlined as well as those I haven’t mentioned the power generation industry is in a massive state of flux especially investor owned utilities that must answer to their shareholders.  The lack of a national energy policy and with increased regulation from the five EPA regulations would increase the cost of maintaining coal-fired power plants, leading to some plants closing, electricity prices rising, and power companies facing problems providing reliable electricity to consumers. By some estimates the regulations could ultimately force more than 280 coal-fired generating units to be shut down.  Many of these plants are 40 + years old and would be too costly to retrofit with the equipment necessary to meet EPA requirements. According to an Institute for Energy Research report dated April 20, 2012 Thirty-four (GW) of electrical generating capacity are now set to retire or have since been retired because of the Environmental Protection Agency’s Mercury and Air Toxics Rule and the Cross State Air Pollution Rule (CSAPR) regulations. Most of these retirements will come from coal-fired power plants, shuttering nearly 10 percent of the U.S.’s coal-fired generating capacity.

There is more at issue than EPA regulations, consider basic power market economics, power prices tend to follow natural gas prices, and the boom in drilling has caused both markets to drop. Investors aren’t willing to put money into new plants because they don’t know when prices might rise again.  Coal / natural gas price differentials and low electricity demand are contributing “significantly” to retirement of marginal plants.

Consider a plant with marginal profitability due to fuel cost and reduced demand, when the company faces potential plant upgrades that would require a large capital investment just to keep the plant open for business, it may not be financially viable to keep the plant open. This is the situation facing many utilities with coal fired power plants.  That being said some utilities are hesitant to decommission existing conventional power production because they do not want to give up generating sites or because they can’t yet make sense out of the uncertain regulatory and economic environment.  Replacing power generation portfolios is not a short-term activity. It takes years to seek permission to close plants, decommission facilities, to address fuel shifting issues, and ultimately to permit and construct new capacity.

The future of electric power is at stake. Coal plants are closing. Nuclear power is not growing. The economy is picking up slow but sure. That means more demand for electricity. As a path of least resistance the utilities are building natural gas combined cycle plants, a risky but necessary venture.  What will happen to gas prices as the power sector’s consumption of gas starts to significantly increase?  And once you build those gas-fired plants, you’re stuck with them for decades. You have to recover the cost of building the plant. History tends to repeat itself in fact new LNG plants are under construction with the intention of shipping the low cost fuel off shore.  When gas prices start to climb your only option is to pass the increased fuel cost on to the consumer.

Current State of the Power Industry

It is because of this unprecedented level of economic and regulatory change that the future of the power industry will be won by those who address these issues in a strategic and decisive fashion which brings us to the main topic of this article.

Survival of the Efficient (System)

In today’s world, energy efficiency must be a part of any energy discussion the efficient and clean use of energy will benefit Americans, our environment, our economy and our national security.

In the power generation industry improving the efficiency of new and existing power plant systems will play a major role in solving the energy and environmental problems of the future.  This will mean using ultramodern technologies when building and or upgrading power plants thereby using fuels more efficiency.  Higher efficiency means lower fuel consumption and fewer pollutant emissions.  The most important indicator for the energy efficiency of a power plant is its electrical efficiency or heat rate, converting fuel to electricity.  Heat rate is expressed as the number of British thermal units (Btu) required to generate a kilowatt hour (kWh) of electricity.  Lower Heat Rates are associated with more efficient power generating plants. For many years Coal plant efficiency has hovered around 33 percent only in recent years has plant efficiency become a real concern. Heat rate can be improved by reducing energy losses and improving equipment efficiency.

Optimization of plant systems is the key to achieving increased plant efficiency.  To improve the efficiency of any motor driven pump system one must take the entire system into account..  Focusing on individual components (motor or pump) for efficiency improvements can in many cases actually reduce the overall system efficiency and potentially the reliability.

What is System Optimization?

“The process of identifying, understanding and cost effectively eliminating unnecessary losses while reducing energy consumption and improving reliability in systems.”

What does this mean in a fossil power plant?

For pumping application it means operating at or near the pump best efficiency point.

Energy efficiency is as much about improving a system’s reliability as it is about reducing energy costs. Why?  Optimum efficiency reduces damage from heat and vibration thereby lengthening the mean time between repairs, in power industry terminology Uptime, Availability and Reliability.

As mentioned earlier, due to current electricity market conditions, many power plants no longer operate at base-load capacity therefore, the plant motor driven (pump) systems are forced back on the curve and away from BEP (reference pump/system curve).

Figure two provides a graphical representation of the potential energy savings as well as improved system efficiency taking into account the classic “component” approach compared to a total system approach.

The spread sheet provides four separate scenarios for reducing energy consumption in a Cooling Tower Make-up pumping system.  The system portrayed is a typical closed loop configuration where the discharge is being throttled over a range of operation.  The system in this example operates 24/7, 365 day a year and at this particular load point 70% of the time or 6250 hours per year.

Columns One and Two indicate the various components factored into the system efficiency calculation.  Column A is the base condition where the system operates 50% of the time.  You will note the component efficiencies for the VFD and gearbox at 100% since they were not utilized.  Under the based condition the total power required is approximately 1777hp, almost 356hp is being lost (wasted) across a control valve.  In addition the pump is operating back on the curve at 65% efficiency.  Under these conditions the total system efficiency is 49%.

Column B provides the new operating conditions with the addition of a variable frequency drive.  The head required has been reduced to 150’ since the loss across the valve has been eliminated by reducing the speed of the pump to meet required system demand.  Motor efficiency remains the same a 2% loss has been added due to heat generated across the drive.  Observe the dramatic improvement in the overall system efficiency (81%) and the total operating cost reduction from $414,306 to $187,360 = cost savings of $226,946 per year.  Not to mention the improved reliability and subsequent reduction in maintenance cost, and increased productivity (net MW output).

Column C addresses the impact on the system by improving the efficiency of the pump. Nothing else in the system was changed.  Note the minimal improvement of the overall system efficiency (53%) by increasing the pump efficiency 5%.  The 50’ head loss across the control valve remains therefore the total power required is 1650hp.  Not much of a saving based on the cost of a new pump, installation cost and potential piping changes.  Factor in the ongoing reliability issues (pump is still operating back on the curve the $29,593 dollars would be very difficult to justify.

Column D identifies potential savings when motor efficiency is improved by 2%.  Again nothing has changed in the system with the exception of an additional 5 feet of friction loss across the valve as a result of the reduced slip in the premium efficiency motor (head increases to the square of the speed). In this case the system efficiency remains the same at 49%.  Note the power required for the additional friction has increased to 330hp.  The total power required was reduced to 1650.2hp (a reduction of 127hp) with a total savings of $518.00 dollars per year.

Avoid “lost” energy that otherwise might create system inefficiency and destroy equipment. Efficiency and reliability are complimentary when you are looking to replace those 40 + year old motors planning a system upgrade or new construction think total system (plant) efficiency.

Efficiency is the least expensive course of action the power industry can take given the current economic and environmental situation.  Efficiency comes in many forms, motor driven pumping systems is only a portion of potential savings available. 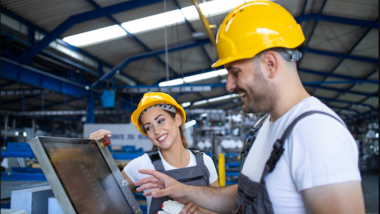 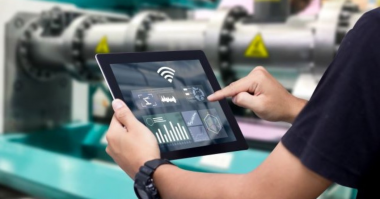 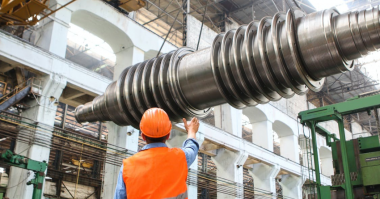 5 Strategies You Must Consider When Building a Maintenance Management Plan

Every business depends on material assets to deliver on its promise to customers. Of these assets, a few are critical…