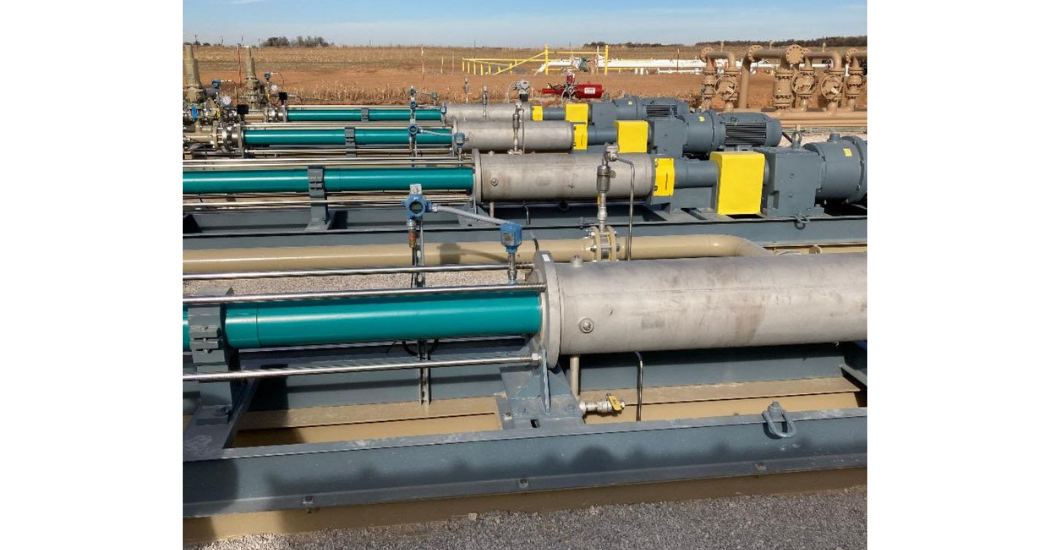 When a well in an oilfield is first opened, generally there is plenty of existing pressure and volume for oil, gas and water to reach the surface. Over time, however, that initial boost reduces and artificial lift methods must be applied to literally push those resources to the surface. The most often used artificial lift methods include progressing cavity pumps (PCP), rod lift, plunger lift, gas lift, hydraulic lift, and electric submersible pumps (ESP). Each has particular strengths for specific applications.

NETZSCH, in partnership with DXP, began a discussion with a Midwest Oil Producer that (removed the word typically) used the gas lift method. The producer had just constructed a multi-pad (3) well site having designed in the gas lift artificial lift method. In this system, high pressure gas is injected into the well bore, which forces the fluids to the surface. Each well then feeds the gas and fluids to a dedicated two phase, horizontal separator, which divides a major portion of the gas from the well fluids. The gas is then directed back into the compressor to be re-injected into the well bore. The liquids and residual gas (not separated in the initial phase) are then sent to a vertical two phase separator for additional processing. The residual gas rises to the top of the separator and is fed back to the compressor. The fluids are then forced into the pumping system to be transported through pipelines to a central processing facility (CPF) where the oil is now separated from the water. The CPF is approximately 15 miles from the well site.

Up to now, the most common method to move the fluids to the CPF, has been the use of centrifugal pumps. However, several issues are encountered when using centrifugal technology. In this case, the issues are:

Centrifugal pumps are unable to maintain constant flows when the suction pressures vary. This is also the case when discharge pressures fluctuate. In order to provide consistent flow rates, control valves and other instrumentation must be used to ensure the centrifugal pump is operating at its best efficiency point (BEP). If not, the flows drop off substantially reducing production. 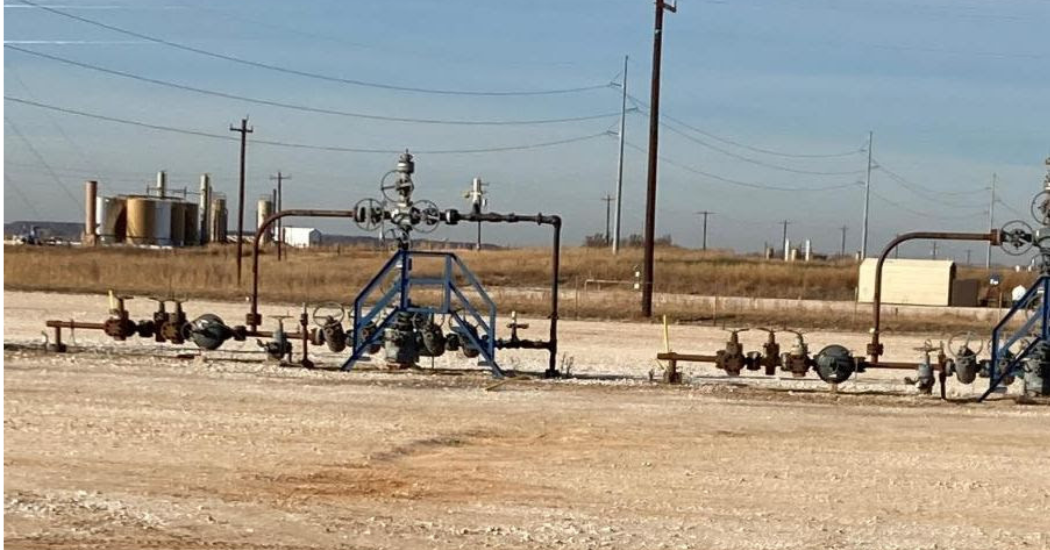 Viscosity fluctuations are challenging for Centrifugal pumps because flow output is affected. For instance, as viscosity increases the flow rate of a centrifugal pump will begin to rapidly decrease, and production rates are reduced.

The high speed impeller rotation of centrifugal pumps cannot handle solids or abrasives without accelerated wear. Because of the high speeds (3,600 RPM) solids and abrasives can cause rapid wear of the impellers, resulting in reduced production and high maintenance costs.

NEMO PC pumps have the ability to handle fluctuations in suction and discharge pressures while maintaining a consistent flow rate. In addition, changes in viscosities of the pumped fluid do not affect the flow rates allowing production to continue at the highest levels required. Furthermore, the pump speeds are controlled by VFD’s to meet production flow rates, and the pumps can meet the pressure demands over the wide speed range. Last, NETZSCH NEMO PC pumps can handle the solids and abrasives that could be present in the fluid with very little wear. This is because of the low internal leakage (slip) inside the pumping elements. which is the result of the tight compression fit between the rotor and stator.

To meet the application conditions provided by the producer (7,500 BPD per pump, up to 250 psi suction pressures, differential pressure of 500 psi) NETZSCH engineers selected the NEMO pump model NM076SY06S36Z. Since the producer required a total capacity of up to 30,000 BPD from the three wells, NETZSCH recommended the use of four pumps.

The NETZSCH NEMO pump was supplied with SAE 316SS materials and a NEMOLAST S459/S91 stator.

One of the things that sets NETZSCH apart from other progressing cavity pump manufacturers is the ability to offer many different universe joint options to meet demanding pumping applications. In this case, NETZSCH engineers recommended the Z type joint. The Z double seal pivot joint is utilized when flows and pressures are high and when torque and axial loads are at their highest. This joint is oil-filed and hermetically sealed with two independent seals that are resistant and compatible to both the lubricant and the pumped fluid. It is designed for continuous, heavy duty operation under the highest loads. The joint also has a special design which utilizes a balanced seal. The balanced seal is referred to as an equalizer. The equalizer is a sliding piston that sits in the tube coupling rod and applies pressure on the lubrication oil at the same rate the seal is pressurized from the outside. This balanced seal design is able the handle suction pressures up to 1,000 psi. 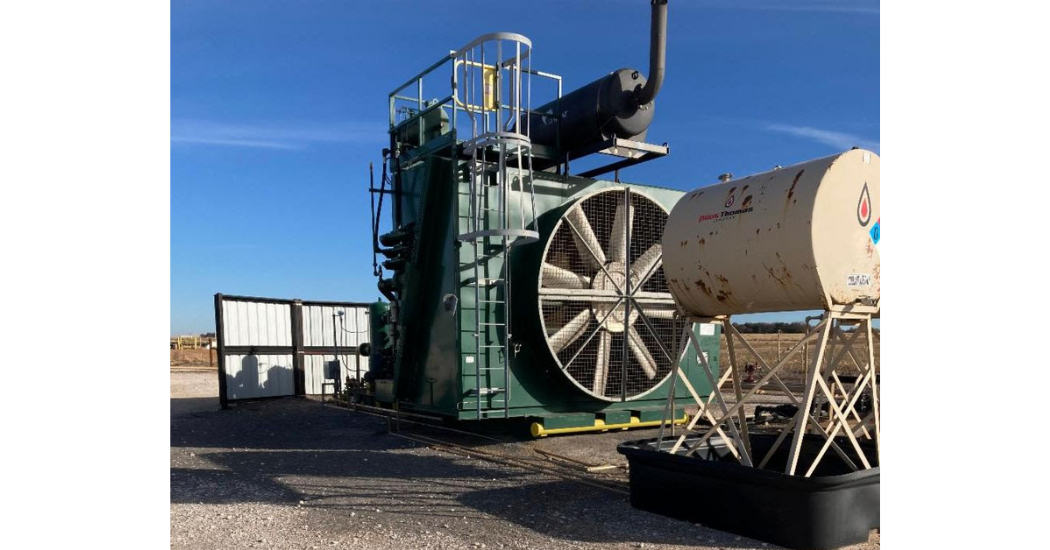 NETZSCH, in partnership with DXP, supplied a complete, heavy duty I-beam skid, consisting of the pump, motor, gearbox, pressure gauges and sensors, and valves. All four pumps were installed and anchored in for smooth operation. Engineers from DXP and NETZSCH were present for start-up to insure any issues encountered were resolved expeditiously. The pumps are in daily operation and are performing to the producers satisfaction. The producer has been very satisfied with the performance of the NETZSCH pumps and the service and support of the NETZSCH/DXP partnership. More units have been purchased and NETZSCH pumps are being planned into future well sites to transport the produced water/oil mixture to central processing facilities. 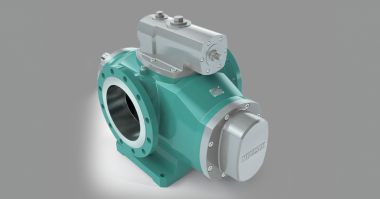 NETZSCH to showcase its advanced pumping technology at ILTA 2022 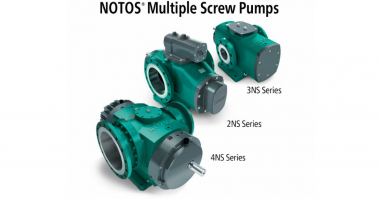 The Increasing Use of Multi Screw Pumps in Modern Industry

The adoption of multi screw pumps has increased exponentially over the past half-decade, with the consumption volume rising from 146,000…