It has emerged recently that outdated pumps and obsolete technology at a water facility in Jordan have been consuming excessive and nonessential proportions of energy for an extended number of years. Lack of electricity efficiency was caused by a poor standard of connections that led to substantial water loss. With up to 15% of Jordan’s total energy demands being pumping stations, the situation required an urgent solution that needed to be executed as soon as feasible.

Jordan is placed among one the driest and most arid landscapes on the globe and with a lack of a secure and permanent water supply, there poses a strenuous and on-going task upon the nation. Water is frequently stored atop residential homes and buildings in specialized water tanks. However it is the actual transportation of the water that provides the most important challenge in Jordan’s water and energy struggles.

Up to 600 separate wells and springs that are positioned widely across the nation supply millions of individuals via the nation’s cities and towns. Pumping stations provide the frameworks of transiting water across this network, but the pump network is forced to negotiate interspersing height differences from anything up to 1,400 meters. This challenging prospect is made more daunting by the fact that Jordan’s existing networks are in dire need of renovation and also impose the requirement of unusually high energy consumption to even function. This problem is further exacerbated by the elevated levels of CO2 created, due to the fact that fossil fuels provide Jordan’s primary source of energy creation. On top of this, the system created almost unprecedented levels of water loss.

Under the guidance of GIZ (Gesellschaft für international Zusammenarbeit) or in English; the German Society for International Cooperation, organizations from both the commercial arena and also public-funded governing bodies have spear-headed a joint project with a goal of modernizing the process of water distribution within Jordan.

Around 50,000 people are supplied water by the individually designated pumping station in Ebqoriyeh, and other pumping stations, such as the new pressure shroud pumps from Wilo, are capable of pumping over 200 cubic meters of water every hour. This installation, investment and trust in newer technologies and more efficient water pumps has created a dynamically improved system for the area. In fact, the Performance Management Unit (PMU), which is an arm of the Jordanian Ministry of Water Irrigation, has stated that after a monitoring process which measured energy consumption – there has been an overall 35% increase in energy efficiency.

With this in mind and after further diligent research studies; the prospect has been put forward that if this ‘case-study’ pumping system were implemented throughout the country – energy costs would plummet by an estimated one million Jordanian dollars per annum. Not only would these kind of improvements benefit the economy on a national and public scale – this type of cutting-edge improvement could help reduce the growing costs in the private sector of energy across Europe and other continents. The end-user and typical household customer could potentially receive lower energy bills across the board with these advancements, particularly welcome in a climate of rising cost of living, where financial aid and loans are often essential for the average consumer. According to money.co.uk, bridging loans can often provide more value than conventional mortgages, as well as offering savings advice on energy bills and consumption. On top of the remarkable financial savings for Jordan, over 15,000 tonnes of carbon dioxide pollution would be prevented on a yearly basis.

A Public Private Partnership (PPP) collaborative assignment for sustainable water management commenced in 2008, as a measure to combat the growing concerns within Jordan. A multitude of energy audits were implemented to measure the precise energy consumption of the nation and ascertain an estimation on the potential savings that could be salvaged from the water pumping systems in place. The findings from this experiment, which was overseen by GIZ, developed new systems and financial structure. This was followed by the introduction of a contracting model between Engicon (an energy provider, which operates in a diverse variety of countries, including Jordan, Qatar, Saudi Arabia, Yemen, Palestine, Iraq and Kazakhstan) and the Jordanian Water authorities which implicitly sought to improve efficiency, reduce waste, whilst also lowering the general carbon dioxide emissions.

The focus of the project has been to successfully install state-of-the-art technology within a new pumping station and replace the inefficient and outdated facility which preceded it. The evidence of this success is portrayed by the specific pumping station at Ebqoriyeh, which has created an increase in both reliability and capacity. The modern pressure shroud pumps require significantly lower energy consumption in order to function, and this equates to up to 1,000 tonnes of CO2 saved per annum. This represents how an investment of time, finances and research into the efficiency of seemly basic systems such as water pumping can have a fundamental positive subsequent effect on other vital aspects of a nation and its successful operation. Private and public cooperation on the issue will surely shape Jordan’s future for a sustainable and efficient water supply. 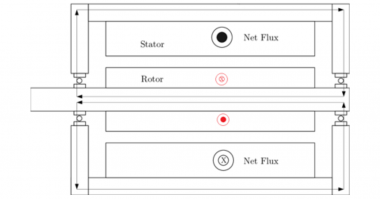 What is Circulating Current in a Motor?

In this blog, AEGIS mainly talks about capacitive shaft voltage discharge. This is a problem in all motors on variable…

ABB, a global leader in technology, is now enabling customers to remotely monitor the health and performance of general machinery… 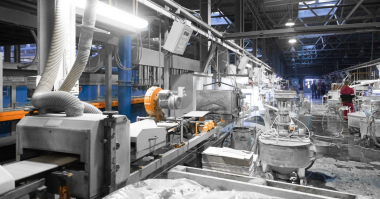 Sulzer Electro Mechanical Services (EMS), in partnership with GE Power Conversion, announced the supply of a custom-built synchronous motor for…