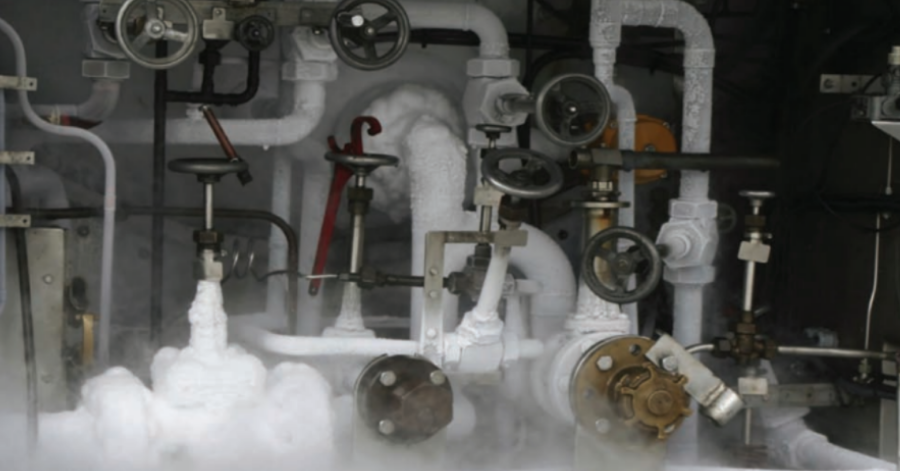 Last winter saw big news in the area of low temperatures. Yes, there were the record-setting temperatures in the northern U.S. and Canada caused by the shift in the polar vortex, but those temperatures were nothing compared with NASA’s announcement of a plan to create the coldest spot in the known universe. The Cold Atom Laboratory (CAL), scheduled for a launch to the International Space Station in 2016, will conduct experiments at temperatures below 100 picokelvins, or less than one ten-billionth of a degree above absolute zero (0°K, -273.15°C or -459.67°F). This is about three degrees Kelvin colder than interstellar space.

Here on Earth, progress is also being made on the application of cryogenics, not just for quantum research projects, which the CAL will be engaged in, but in the turbocompressors and other equipment needed to support the booming LNG industry, Magnetic Resonance Imaging (MRI), which requires liquid helium cooling, and superconducting power transmission lines.

When designing pumps, compressors, valves and ancillary components for cryogenic applications, one is concerned with more than the ability of the components to withstand the low temperatures without shrinking, becoming brittle, losing strength or cracking. Whenever there are moving parts, there is the need to minimize friction and wear, and to prevent sticking or galling (Figure 1).

Unlike higher-temperature applications, the use of fluid lubricants in low temperatures is out of the question. This means that components need to be either coated with, or machined from, materials that provide a low coefficient of friction at the intended temperature range.

When taking the surface coating approach, one is assuming that there will be little or no wear, and so components must be manufactured with enough clearance to accommodate thermal expansion and contraction without causing contact, which wears out the surface. Similarly, precision manufacturing is needed to avoid any types of eccentricities or vibration that would lead to wear.

Another approach is to build bearings and bushings out of a self-lubricating material that will wear in over time. This allows the components to be built with, and maintain, tighter tolerances. For example, the Graphalloy brand of graphite and metal composite consists of a metal impregnated into a graphite substrate under high temperature and pressure. In doing so, the metal forms long, continuous filaments, giving the material its strength. A variety of metals and alloys can be used, including tin, lead, bronze, copper, iron and silver.

The graphite provides a low friction surface, does not have a melting point and does not soften at high temperatures, so it can be used in non-oxidizing temperatures up to 1,000° F and up to 750°F in air. It does not get brittle at temperatures as low as -450°F.

Recently the Graphalloy material hit a new record low temperature application in a magnetometer. It was not quite as low as what the CAL will reach, since those can only be achieved in space, but it was not much warmer. 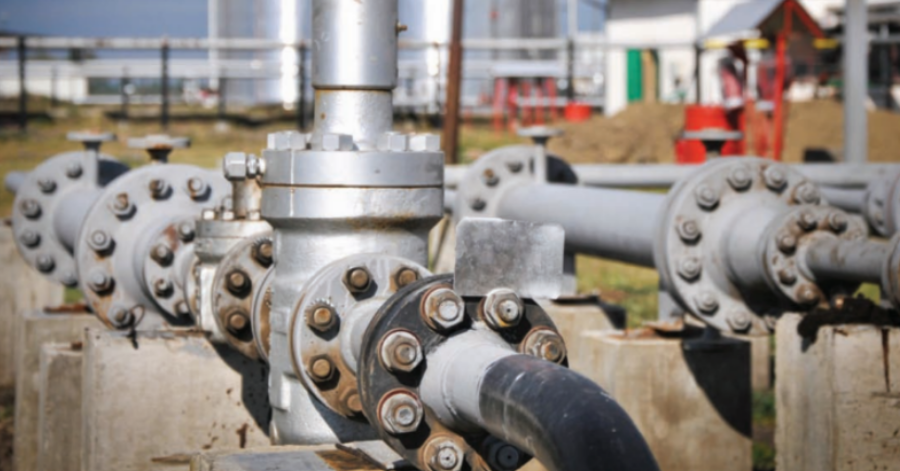 Figure 2: Pumping fluids with low lubricity such as LNG and Natural Gas Liquids (NGLs) can be especially difficult for metallic bearings. The hydrodynamic film provided by these low lubricity liquids is unable to provide sufficient lubrication, which can lead to metal-on-metal contact, galling or seizing

Magnetometers are used in laboratories to measure the magnetic properties of samples, often at temperatures near absolute zero. One type of magnetometer, called a SQUID (Superconducting quantum interference device), is extremely sensitive, but as a result also picks up noise from other magnetic fields nearby.

Another is the Vibrating Sample Magnetometer (VSM) which vibrates the sample inside an inductive pickup coil or a SQUID coil. The vibration can damage fragile samples, and generates heat, raising the temperature. SQUIDs are more accurate, but VSMs have a faster measurement speed.

Researchers at the Vienna University of  Technology’s Atominstitut decided to try another approach, building a Rotating Sample Magnetometer (RSM). They published the results of their project in the American Institute of Physics’ Review of Scientific Instruments. (Rotating sample magnetometer for cryogenic temperatures and high magnetic fields; Review of Scientific Instruments 82, 063902 (2011); doi: 10.1063/1.3600454).

According to the researchers, “The limited space and the cryogenic temperatures impose the most critical design parameters: the small bore size of the magnet requires a very compact pick-up coil system and the low temperatures demand a very careful design of the bearings.”

The RSM consisted of a meter-long stainless steel tube that was 28.5 mm in diameter. A DC motor was installed outside the tube to spin the 6.3 mm diameter drive shaft. The drive shaft was coated with a carbon-fiber-reinforced polymer and supported by three 25 mm long Grade 212 Graphalloy bearings.

Of those three, “The bottom bearing is the most crucial component, because it has to guarantee stable rotation (the main source of noise are vibrations) and operate with low friction to avoid heating.” According to the paper, this material was chosen because “it maintains self-lubrication at cryogenic temperatures.”

The sample to be measured is placed in a holder near the bottom of the drive shaft and rotated at 15 Hz 1 mm above a set of pickup coils as the bottom of the tube. The tests were conducted using both gaseous and liquid helium for cooling, with temperatures as low as 4.2°K.

The RSM was found to achieve a resolution exceeding that of typical VSM by a factor of ten. “The magnetometer is thus ideally suited for a precise and swift characterization of superconducting and magnetic samples in a wide temperature and magnetic field range.”

In this case, the graphite and metal bearings were operating at a minute load compared to the service they would see in an LNG compressor, boil-off gas (BOG) compressor or other similar low-temperature application. The Atominstitut’s research shows that the bearings worked without being replaced through six years of experiments being conducted at temperatures nearly 200°F lower than the storage temperature of LNG, -260°F. 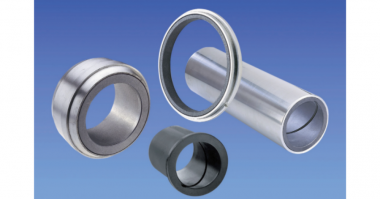 When a vertical turbine pump broke twice inside three years at a major US oil refinery, engineers knew there must… 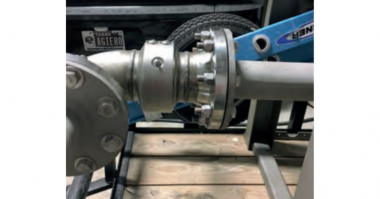 Wastewater treatment plants require much maintenance to ensure smooth operation. This article explains how graphite/metal alloy bushings can reduce the… 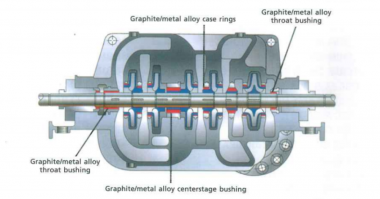