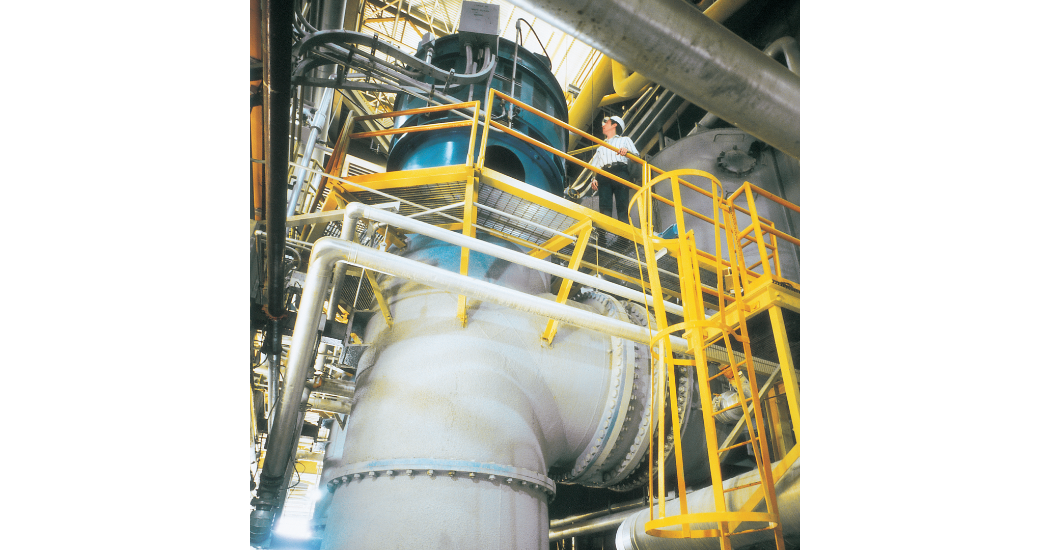 The Challenge: A multi-unit power station in North America was concerned that the circulating water system serving two of its units was operating at low efficiency. Flow distribution inequality and the resultant increase in unit condenser backpressure were suspected. Plant engineers also speculated that limited condenser cooling flow during periods of low river level resulted in derated unit performance.

A multi-unit power station located on a large river was concerned that the circulating water system supplying Units 1 and 2 was operating inefficiently. Flow distribution inequality, increased condenser backpressure and reduced flow during periods of low river level were suspected. Flowserve was engaged to analyze the system and recommend corrective actions.

As a first step, Flowserve conducted an on-site assessment of the cross-connected circulating water system supplying Units 1 and 2. The system consisted of four vertical pumps operating in parallel. These pumps provide water to the condensers for both Units 1 and 2. They also supply the Unit 1 and 2 condensate coolers, the jacket water coolers and the raw water pumps. 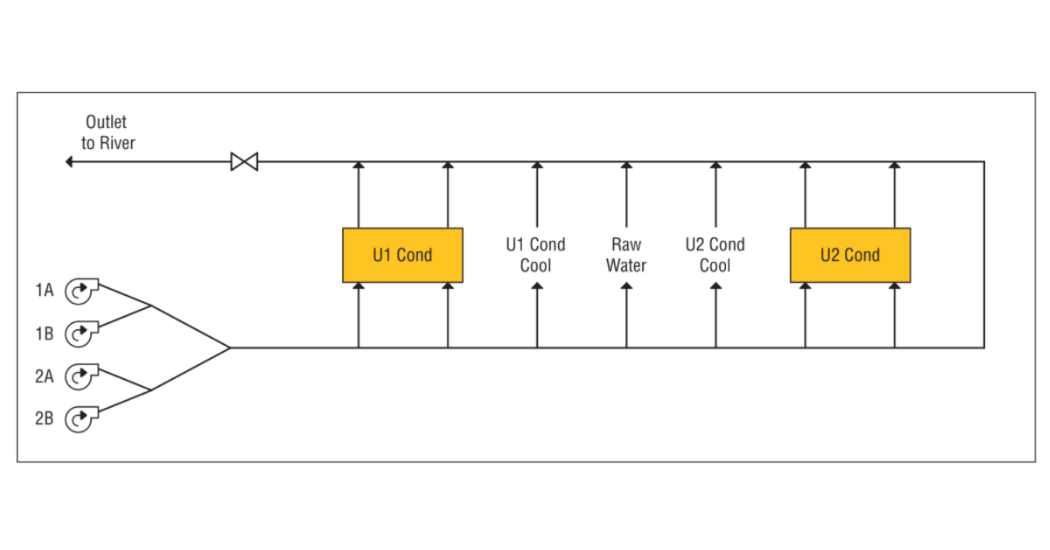 A comprehensive hydraulic study was then performed. A hydraulic model of the circulating water system was developed and validated by actual field data. This high-resolution model was then used to evaluate system response to multiple variables, including:

Recommendations:
As a result of the testing and data analysis, Flowserve confirmed:

Flowserve recommended two circulating water pump trains be retrofitted with higher speed motors to provide greater capacity during times of low river levels. The hydraulic model was used to verify that two higher-speed motors the client already owned would provide the necessary increase in pump capacity. The increase in flow provided by these new motors would mitigate the low-flow conditions and, therefore, reduce the condenser backpressure. Steam cycle efficiency would be improved, positively impacting the stations bottom line.

Flowserve also recommended the installation of cutting-edge, fixed-flow measurement instruments to increase the plant’s visibility to the amount of flow to each of the condensers. This information would enable plant personnel to track condenser efficiency and system performance.

It is anticipated that these recommendations will greatly lessen the impact on varying river levels on the station. The use of existing plant stock motors will result in large capital savings. Additionally, the increased flow should marginalize the flow inequality that is otherwise difficult to correct without undertaking major modifications to the piping. 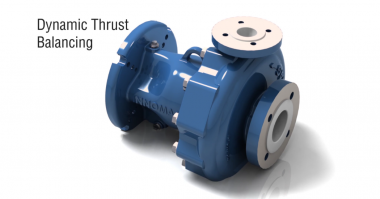 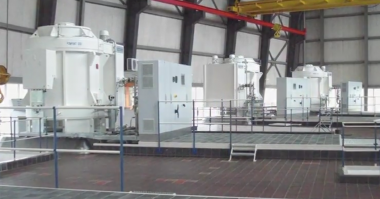 Flowserve developed the first concrete volute pumps in the 1930s to drain and protect low-lying lands in Holland. Today, Flowserve…