The 7 Deadly Sins of Pump Control 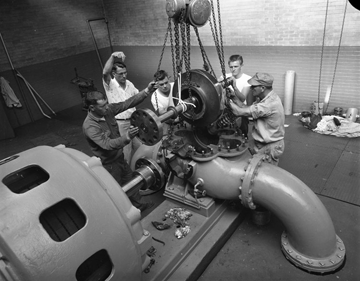 The 7 Deadly Sins of Pump Control

Pump control was once an exciting job that, done well, kept pumps running maintenance free for many years at a time. Now, you may be lucky to have a pump stay out of the repair shop for two years – some only for six months.

What happened to pump control? Why are so many needing repairs so frequently?

The truth is, the right way to do pump control has been forgotten by many. It happened as older engineers, technicians, and operators retired. It happened as fluid dynamics classes in college spent less time on pumps. It happened as knowledge about how to use pressure gauges was taken for granted and eventually lost.

So here are the 7 deadly sins of pump control. Prepare yourself. These activities, attitudes, and omissions are commonplace today. See if you’ve been guilty of any of the following:

At the most fundamental level, many have forgotten what pump control is. By default, we’ve fallen to an on/off mentality.

And I say fallen because we used to know how to properly control pumps. A long time ago, this notion would have been insane. Pump control was (is) about reacting to changing conditions to keep the pump happy and healthy.

Pump control is more than turning it on and off. Don’t believe me? Just look at how often your maintenance crew is repairing pumps.

At its core, the on/off mentality means we expect pump performance to remain static. We think that no matter what, the pump will perform efficiently as it was designed. After all, the design engineer specified the pump. Who am I to question the engineer?

The truth is, pumps can only perform as efficiently as you allow. The pipes, filters, valves, and tanks that surround our pumps drive their performance. As pressure changes due to the filling and emptying of tanks, the clogging and cleaning of filters, and the opening and closing of valves, our pump performance will change dramatically.

Filing away your performance curve

I know how to use a chop saw and a cordless drill!

Too often, we do the same thing to our pump manuals and performance curves. The performance curve is an essential document detailing how the pump performance will vary as conditions change. If you file it away and forget about it, you won’t have the information you need to effectively operate your pump.

Using your pump curve should be as routine and important for you as is taking blood sugar for a diabetic. You just can’t keep a pump healthy without it.

As mentioned, the tanks, pipes, and pipe fittings that are connected to your pump determine its efficiency. All strings are attached in the world of pumps.

For an extreme example you’re probably already familiar with, you should never run a pump with the discharge valve closed. The valve is controlling the pump’s efficiency, which is zero when the valve is shut. The pump will over heat, it will cavitate, and the shaft will be pushed to one side, wearing out seals and bearings.

The valve has created too much resistance. The same thing can happen when a downstream tank is too full, a valve is restricted too far, or a filter is clogged.

The point is, the system of tanks, pipes, and fittings drive the pump performance. If you ignore that fact, then you’ll have your pumps in the repair shop often.

Vibration analysis can tell you quite a bit, but not enough to rely on it by itself. You can detect problems in your pump with vibration analysis. You can even identify some of them. But you cannot divine what is causing the part to wear out.

Vibration analysis is an expensive way to learn that your pump is not well, but without any insight on how to fix and prevent the root cause (which, by the way, isn’t the bearings or the seal).

By some estimates, most pump failure (~70%) is due to loss of suction pressure1. This causes cavitation, which results in accelerated wear on all the moving parts of your pumps. The only way to get the suction pressure is to install a pressure gauge or sensor on the suction side of the pump.

Once you have the suction side gauge, you need to make sure the suction pressure, or NPSHa never falls below the requirement of the pump, or the NPSHr.

For some reason, when we do see gauges on pumps, they’re often on the discharge side – where a single gauge is least useful. You really need two (more on that in a second), but if you’re only going to have one, put it on the suction side.

A set of pressure gauges is a pump’s best friend. Gauges tell the operator how the pump is performing so he/she can navigate the pump through all process requirements – much like you would a car through a tricky intersection.

Too often, pressure gauges are used only during commissioning of a pump to “verify” performance. This is a great idea, but the gauges need to stay on the pump. As we’ve already stated, the performance of the pump is driven by the pump system. Its efficiency changes dramatically throughout any given day. If our pump operators aren’t actively monitoring this activity, what are they doing?

One reason I have been given for this behavior is that analog pressure gauges break too often to leave on pumps. While it’s no excuse for failing to monitor pumps, it is a big problem. Dial gauges break often, and need frequent service and recalibration. One major analog pressure gauge manufacturer states that in a typical plant, 25% of gauges are broken and another 40% need immediate corrective action2. Yikes!

The idea that gauges are only necessary during commissioning of a new pump is a flawed one. Pump performance moves on the curve. If you don’t monitor that movement carefully, the pump will struggle to do its job and end up back in the repair shop frequently.

If you’ve found yourself guilty of one of these 7 sins, give APG a call. 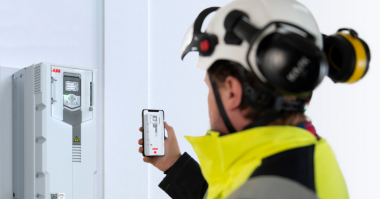 ABB , a global leader in technology, announces the launch of ABB Ability™ Mobile Connect for drives. This cloud-based software…

2 responses to “The 7 Deadly Sins of Pump Control”