A Partnership Built Through Progress

Introduction
Looking back, there were probably safer and less stressful times to launch a fuel-distribution business in Spain than the late 1980s. Spurred in part by the death in 1975 of dictator Francisco Franco, Spain had begun the long, arduous process that was required to gain admission to the European Community (EC). At that time, the EC, which was formerly known as the European Economic Community and which would eventually be absorbed into the European Union in 2009, was one of three international organizations that governed Europe’s coal and steel, atomic energy, and economic/marketing communities. 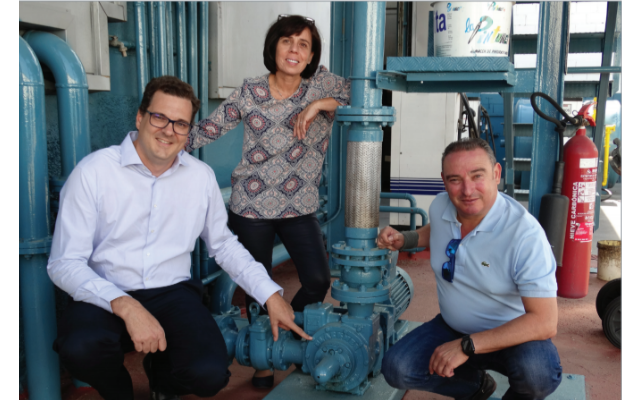 The demise of CAMPSA, Spain’s national oil company, 30 years ago turned the country’s fuel-supply industry on its head. However, it also created opportunities for independent operators. Through the assistance of Marcos Kremers, left, Sales Manager of Cetil Dispensing Technology, S.L., and Iris Willmes, center, Regional Sales Manager, Europe and Scandinavia for PSG® and Blackmer®, Ángel Reques, Jr., right, and his Reques e Hijos, S.L., fuel-distribution business has become the leading supplier of heating oil and diesel fuel in the Madrid market. Also playing a role are Blackmer TX Series Sliding Vane Pumps, which are featured on Reques e Hijos’ entire rolling fleet and at its two fuel depots.