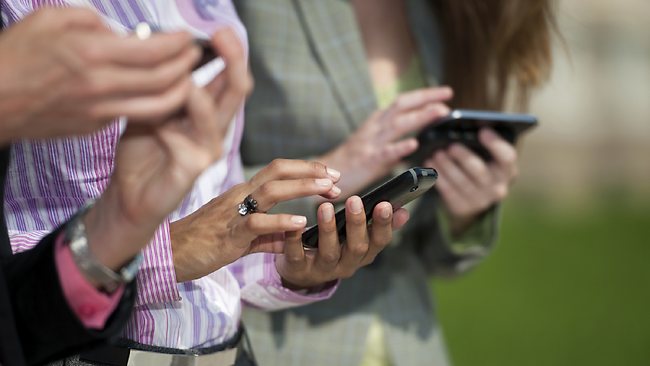 You can’t beat the benefits of face-to-face interaction at a trade show. Your customers get to meet the people behind the product, prospects get a full sensory experience with hands-on demonstrations, and your company gains some brand equity by being out in front of customers and others in your industry. Some analysts claim that one day trade shows will have become a thing of the past; but statistics say otherwise. According to the Center for Exhibition Research, trade show attendance has grown steadily since 2010 and this trend is forecasted to continue.[i] If you are a manufacturing or industrial company that still invests part of its marketing budget on trade shows, do not fret! Getting people to your booth is actually easier today than it used to be – IF you start using the power you hold at your fingertips—social media.

By far, using Twitter is the easiest way for you to drive people to your booth.  Twitter hashtags have made it simple for people to get the latest information regarding a topic just by clicking on the hashtagged word. It’ll bring up every message that has used that particular hashtag. For instance, if you are at the Offshore Technology Conference and want your customers and followers to know, you would use the #OTC with every tweet.

Almost all trade shows these days have a hashtag.  Start using it prior to the show to alert attendees, exhibitors, and others who are following the hashtag to new technology you’re introducing; special events you’re hosting; papers you’re presenting; drawings or giveaways in your booth – basically anything that will make someone want to “stop by.”

Once the show starts, you should really start tweeting in earnest. This is when your reps should start tweeting about interesting exhibits (not just your own); presentations worth attending; the new technology being introduced by other companies; and promotions, giveaways, and special events.  They should make themselves “known” to others following the show’s hashtag.  Just this simple form of interaction can make someone decide to come by your booth and talk face to face with the person they’ve been tweeting with.

Not all of your Twitter followers will be able to make it to the trade show, so live tweeting lets them feel a part of the action.

Here are some tips for using Twitter at a trade show:

A global social media site with over a billion users, Facebook is a great way to leverage your social media influence. Posting from your business page will put your company in people’s newsfeeds. If your fans like or comment on your page, it will also pop up in the friends’ newsfeeds, giving you further exposure. To use Facebook to your best advantage:

You want to start ranking higher in Google search results? Start using your Google+ account. Google gives a boost to people who post on their social media networking site, so any after-show content you create and share using Google+ will get a nice bump. Using Google’s social network is easy! You just need to:

Did you know that YouTube is the 2nd most used search engine, only second to Google?  People love watching videos and posting their own. It is a powerful visual tool that should be used to build buzz about your company and its products/services and get people interested. It may be more of a challenge for an industrial company, but getting your video to go viral is a worthy goal.

One of the most powerful social networking sites out there, LinkedIn’s 100+ million users makes engagement a given. If you don’t know how great LinkedIn is for your business then you’re missing out on prospects and not taking advantage of another avenue to leverage your social media presence.

Vine is a networking, video-sharing app that lets users post six-second shorts. It is viewable by the Vine app or in Twitter’s timeline. Those six seconds make opportunities for quick, compelling messages. If you haven’t checked out Vine, now is the time to do so.

Social media is a great tool to build your business. But like all tools, you need to know how to use it. Follow best practices for the different sites and remember to research hashtag usage and trends. You don’t want to alienate your customers and prospects.

Social networking has helped companies make personal connections with its customers. At trade shows, use it to help you generate buzz and excitement, increase brand recognition, promote special offers, and connect with customers and prospects. Particularly if you position your company as a technology leader, using social media at trade shows helps to reinforce that image. If you aren’t utilizing social media already and you’re exhibiting at or attending the Pump/Turbomachinery Symposium in Houston this month, why not get started by contributing to #pumpturbo14 on Twitter?

Lunch & Learn with Vince: You have a Piping Problem, Proco has your Solution

Join us for an on going series where Vince, Empowering Pump's Director of Business Development, brings on guests to teach…

HVACR and plumbing industry professional publishes first book in series, The Water Came To A Stop. The series is aimed…