Aggressive pumping environments can be problematic for pump engineers. On the one hand it’s impossible to design the pump to be resistant to every kind of chemical, while on the other, the tendency is to either over specify a perfluoroelastomer to cover all eventualities or select a elastomer with mid-range chemical resistance in the hope this will cover most applications.

Over recent years the elastomer industry has been systematically improving pump sealing performance – fine tuning temperature, chemical and mechanical properties in some areas and defining new benchmarks in others. As a result it has never been easier to match the seal to the pumping environment. The wide variety of sealing

options can, however, make it more difficult to select the correct seal; a case of too much choice, perhaps.  With this in mind we offer the pump engineer a guide to recent development in fluoroelastomer technology.

gasoline.  They sit between Hydrogenated Nitrile Butadiene Rubber (HNBR) at the lower end in terms of their temperature and chemical resistance and perfluoroelastomers at the top end of the scale. Within the range of fluoroelastomers themselves, there are differences – so it is important to note that: Not all Fluoroelastomers Are The Same. The challenge to the pump engineer is understanding the options and variables involved in selecting an FKM sealing material.

There are five main types of FKMs, determined by the types of monomers used to produce the fluoroelastomer as defined by ASTM D1418

. These include Vinylidene Fluoride (VF2), Hexafluoropropylene (HFP),  Tetrafluoroethylene (TFE), Perfluoromethylvinylether (PMVE). The combination of monomers determines the properties of the FKM.

Type 4: VF2 + Propylene + TFE (terpolymer) bisphenol cured, this elastomer has higher resistance to bases, but is more susceptible to swelling in hydrocarbons such as oil and automotive fuels.  These types of polymers are rarely found in applications outside of the automotive market.

Type 5:  VF2 + HFP + TFE + PMVE and Ethylene (pentapolymer), peroxide-cured, this elastomer has improved base resistance compared to dipolymer type 1 FKMs. Ethylene sequenced in the polymer backbone inhibits attack by bases.   Like type 4 FKMs, type 5 FKMs are rarely found outside of speciality applications in the automotive industry.

As table 1 shows FKMs are produced using different curing (or crosslinking) mechanisms, specifically, bisphenol, ionic and peroxide cure. The curing mechanism is important to the elastomer’s temperature and chemical resistance and mechanical properties.

There are two types of curing mechanism: E2 and E1. E2 involves the elimination of a hydrogen atom and its adjacent fluorine to create a crosslink site for the VF2 elastomers, bisphenol cure is an example of this. E1 is a free radical reaction, typically involving a cure site monomer (CSM) where iodine or bromine is substituted by a peroxide radical.

The most common FKM product that is often cited in fluid resistance guides is the copolymer or type 1 FKM.  While it is popular, it does not represent the best technology and enhanced properties available. As the table shows the pump engineer can choose from various types of FKM, cure systems, and monomers.

As a case in point, consider the comparison of a copolymer bisphenol cured FKM and a peroxide cured terpolymer FKM.  Although the volume swell in oil is similar, there is a significant difference in steam resistance properties. In addition, the peroxide cured terpolymer will also be more resistant to alkaline environments and corrosion inhibitors.  Bisphenol cured FKMs are susceptible to attack by high temperature water and steam.

This brief overview of FKM materials has shown that by taking a closer look at the composition of the elastomer, and its curing mechanism, the pump engineer is able to select a sealing material better suited to the pumping application. In critical applications, it is important for the engineer to ask questions of their supplier and so make the optimum selection from the available materials to meet the technical requirements. Hopefully this overview will provide a useful starting point for the discussion. If you would like more information, please visit: http://www.prepol.com/

Steve Jagels is a Business Development Manager for Precision Polymer Engineering, A Unit of IDEX Corporation.  He has worked in the high performance seal and elastomer industry for fourteen years specializing in fluoroelastomer and perfluoroelastomer technology.  Steve is a member of SAE, American Chemical Society, and Energy Rubber Group.  He has served in a variety of technical and business roles in his career.   Steve is a alum of Tulane University and the University of Pennsylvania Wharton School.   He may be reached at 1-856-535-8181 or sjagels@idexcorp.com 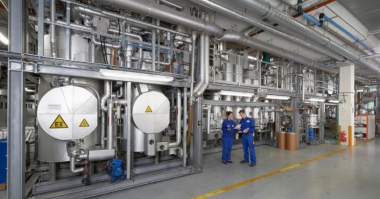 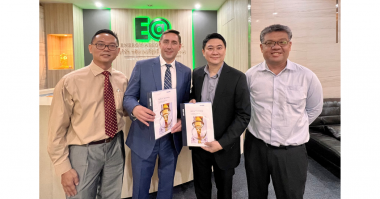