Tencarva Machinery Company, a distributor of pumps and pumping systems, fluid handling systems and related products headquartered in Greensboro, N.C., ranked 42nd in the 2012 “Big 50” list of largest industrial distributors in the United States in the September/October 2012 issue of the national publication, Industrial Distribution, based on annual revenue in 2011.

In selecting Tencarva Machinery Company, the publication pointed out, “As an employee-owned company founded in 1978, Tencarva posted an approximate 11% increase in sales over last year, due in part to the fact that it purchased the assets of GPM, a pump distributor in Georgia, in September of 2011. Last year, the company remarked that ‘2010 was a good recovery year for Tencarva.’ 2011 seems to have been an even better one.”

Rod Lee, Tencarva president, says, “We appreciate the recognition and attribute our success to the strong team of employees who comprise Tencarva.”

Tencarva had $175 million in sales in 2011 and 305 employees. For seven straight years, Tencarva has appeared in the “Big 50” listing. Tencarva was the only company in the Triad area of Greensboro, Winston-Salem and High Point, to be included in the listing and one of two in North Carolina.

According to Industrial Distribution, all the Big 50 companies were “ranked according to total worldwide sales, and all figures are reported in USD.” The magazine’s information for publicly traded companies is based on annual reports, earnings statements and company verifications. For privately held companies, they use self-reported data coupled with follow-up interviews.

Tencarva Machinery Company, headquartered in Greensboro, N. C., is a distributor specializing in pumps, liquid process, and custom-designed systems for the industrial and municipal marketplace. Tencarva is dedicated to providing the highest quality process machinery, coupled with superior customer service and integrity.

In addition, Tencarva was listed as 23rd in the recent 2012 “Fast 50” companies selected by The Business Journal Serving the Greater Triad Area. The firm also ranked 46th in the 2011 “North Carolina 100” listing in Business North Carolina of the largest privately owned companies headquartered in North Carolina. 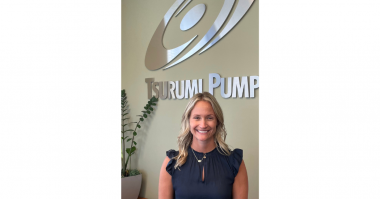