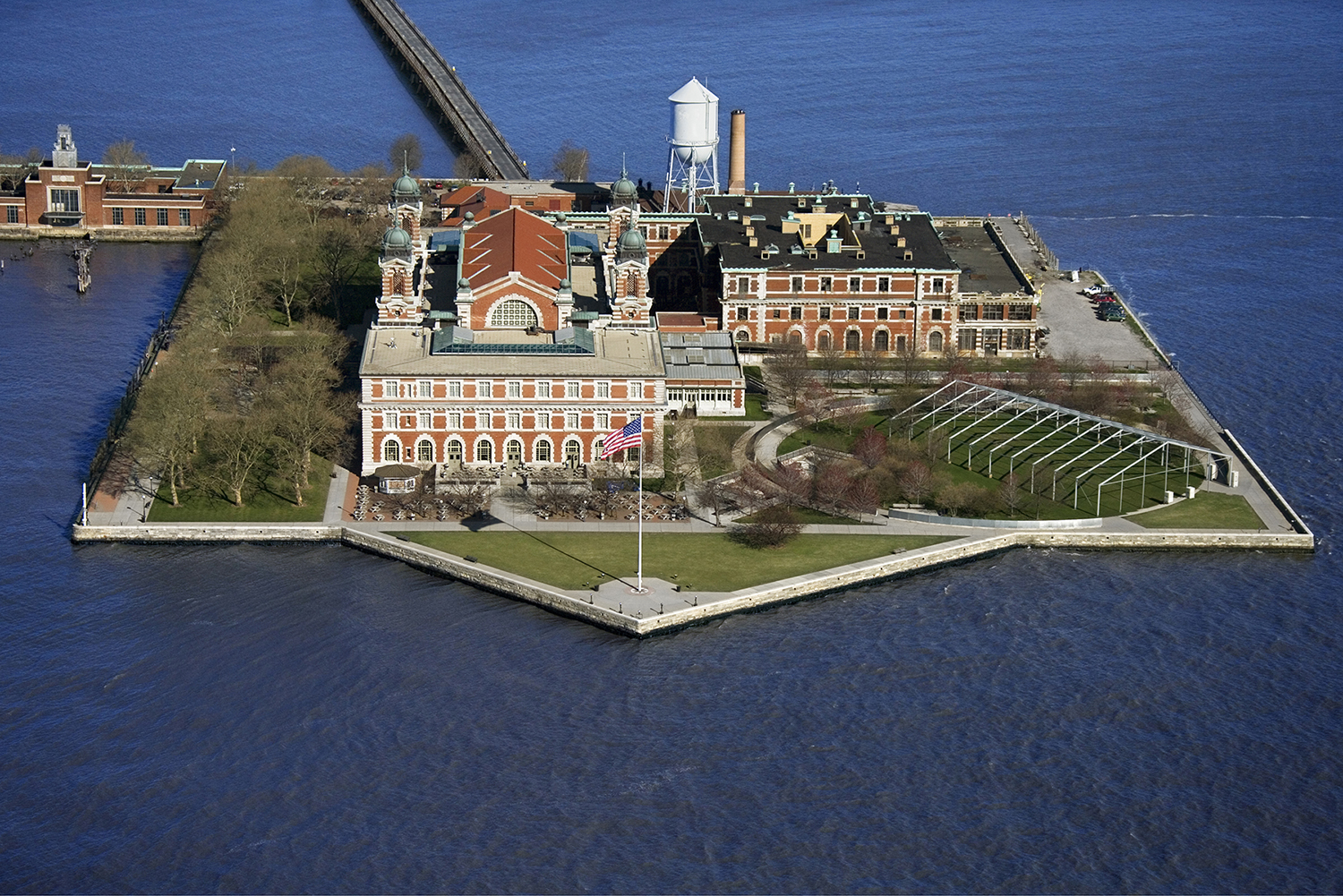 Ellis Island, in the shadow of the Statue of Liberty, is one of America’s most popular historic sites. The island is one of a number of small, naturally occurring islands in New York 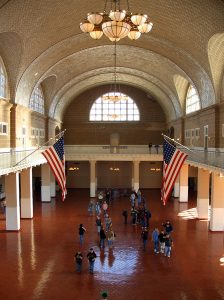 Harbor. Over many years, this island — which for millions of people represented the gateway to the New World — was enlarged from its original 3.3 acres to its current 27.5 acres by adding landfill from ships ballast and possibly excess earth from the construction of the New York City subway system.

The island was not always a point of entry for immigrants or a tourist destination. By the time it was purchased in the 1770s by Samuel Ellis, it had served as a hanging site for pirates, a harbor fort, and an ammunition and ordinance depot. The US Government purchased the island from New York State in 1808. Just before the War of 1812 broke out a series of structures were erected that served as a defense system for New York Harbor. Ellis Island was approved as a site for fortifications and on it was constructed a parapet of three tiers of circular guns.

In 1965 President Lyndon Johnson declared Ellis Island part of the Statue of Liberty National Monument, and in 1984 Ellis Island underwent a major restoration—the largest historic restoration in U.S. history. In recent years the island has become one of the most popular tourist destinations in the National Park Service. That means a lot of visitors and the need for well working infrastructure.

On October 28, 2012, Hurricane Sandy swept over Ellis Island, Liberty Island, and much of the East Coast. The Ellis Island Immigration Museum reopened on a limited basis one year later, but repairs to the buildings and infrastructure would continue for many months.

Although the damage to Ellis Island was extensive, the island’s antiquated sewage system was fraught with problems long before Hurricane Sandy came ashore. New Jersey-based Pump Express Services had been providing maintenance to the island’s sewage ejector system for a couple of years before Sandy hit.

According to Pump Express sales manager Fred Hettinger, in the two years before Sandy they were called to the island numerous times in response to high water alarms, clogging and ultimately a failed pump. “They had a two-pump system and when one pump failed they let the system run on the other,” Hettinger said. Then, the second pump failed “and they had nothing.”

Hettinger explained that a significant problem was that the old pumps were a simple ejector type and didn’t break down solids. But along with the sewage flow on the island there was also a significant amount of debris—with synthetic fibers being particularly problematic—that routinely clogged the system.

Left with only minimal sewage disposal, and faced with a grand reopening to the public targeted for July 4th, 2013, the island’s maintenance engineers reached out again to Pump Express Services—this time for a more permanent solution.

In April 2013 Pump Express installed a pair of 900-pound SK Series shredder pumps into the revamped Ellis Island system. The pumps can handle 845 gpm of wastewater at heads of up to 94 feet.

The SK Series pumps were chosen specifically because they are designed to shred solids before passing the liquid. The shredder pumps leave solids slightly larger than if they were passed through a grinder pump. The shredding action is produced through use of a unique FangTM non-clog cutting impeller with tungsten carbide vane tips against a high-chrome “tooth shaped” diffuser plate. The cutting tips shred solids against the pump suction plate, continuously ripping the solids apart with 360o shredding action. The SK Series shredder pump works on many objects that would clog an ordinary pump.

Other quality features built into the SK Series pumps that supported their recommendation for the Ellis Island installation include the following.

(Specifications may differ between models.)

About six months after installation a team from Pump Express went back to Ellis Island to make sure the new pumps were performing as anticipated. “We’re now going on a year and a half and haven’t had any issues,” Hettinger said. That’s a vast improvement over the previous average of a visit every six months. “I bet in the last 18 months if we had had to go out there three more times it would have cost them half of what the upgrade cost them,” he added. 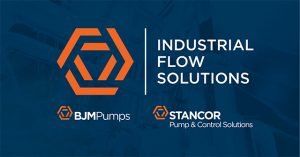 May River Capital, together with Longview Asset Management and Knox Capital Holdings LLC, completed a merger that brings together Stancor, L.P. with BJM Pumps LLC. The merged businesses… 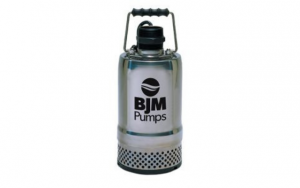 Contributor: Industrial Flow Solutions There is no doubt that Hurricane Florence was one of the worst weather disasters to hit North… 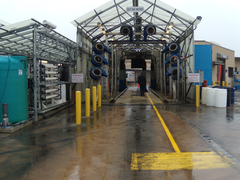 Contributor: BJM Pumps Throughout 2010 and 2011, the Southwestern United States endured one of the most severe droughts in recorded American…