Is your centrifugal pump having trouble producing the rated flow or head? In this Centrifugal Pump Minute, James Farley, Senior Director of Product Management for Griswold, discusses the conditions and likely causes as to why this could be happening and provides remedies to troubleshoot the issue.

We have another condition here where the pump does not produce the rated flow or head. The conditions around this again would be that the pump is operating, you know the motor is rotating, the pump is rotating, you know that the discharging suction valves are open again. In this scenario, there is a fluid that’s flowing through the system but the flow rate (the head) is below the rated condition. In this case, you know you’re getting fluid flow, but it’s not meeting the system requirements in terms of floor head.

There are a few different causes that could contribute to this. One would be if you have an air leak through a gasket and this could be a gasket on your piping or right at your suction flange. Or potentially even a gasket in the pump itself where you may be sucking air into the suction line. If you are sucking air in you’re now just placing some air along with your fluid and pumps are not extremely efficient and it’s pumping air or gas. You can see a reduction in pump performance because of entrained air in the fluid.

You can also get air that could be sucked through the stuffing box. This can happen if you have an insufficient differential head in the system or the inlet pressure is extremely low. We’re not building up enough pressure in the seal chamber or potentially the mechanical seal has failed. In this case, you need to inspect your seal, whether it’s packing or mechanical seal, and then you can resolve this typically by adding some sort of a pressurized flush system to the seal chamber. This could be a plan 11 flush or where you’re taking high-pressure fluid from the discharge of the pump and pumping it back into your seal chamber and there’s a variety of other options here if you are getting air sucked in through a stuffing box you can get a reduction inflow. Again you’re starting to displace air rather than fluid and pumps are not going to be extremely efficient at that similar obstruction could occur within the impeller.

If the clearance has been set too high or too great then you’re going to get a lot of slip inside the pump and you’re going to see a reduction in the performance around there. Additionally, you could have inadequate suction head this is associated with NPSH available of the system and if you have inadequate or insufficient NPSH available in the system then you could be seeing cavitation occur that would be reducing the pump’s performance.

Then finally, you may have some extra wear or damage inside the pump this would the first area that you would check would be the impeller and inspect and make sure that the impeller is in good condition to be able to support performance that’s expected. Other things outside this could contribute to an insufficient lower head and that could be that the impeller is sized incorrectly for the condition of service and so it’ possible that the impeller trim has been over trimmed or potentially the pump RPM is not at the rated RPM and you can see a reduction the inflow because of that as well. 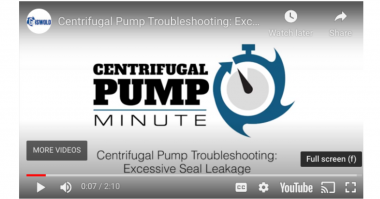 During this Centrifugal Pump Minute, James Farley, Senior Director of Product Management for Griswold, discusses the conditions that could cause… 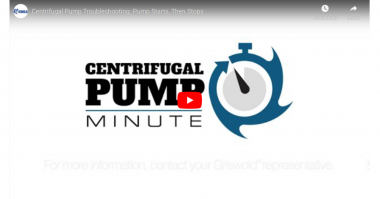 What would cause your centrifugal pump to start but then stop pumping? James Farley, Senior Director of Product Management for… 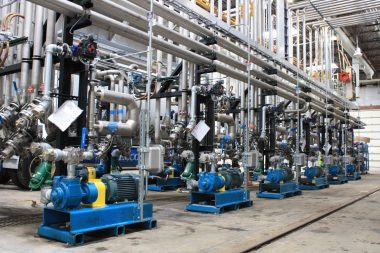 Everyone focuses first and foremost on purchase price when estimating pump life-cycle costs, but there are other optimizable costs that…