Join James Farley, Senior Director of Product Management for Griswold, as he discusses pump performance curves in the latest edition of the Centrifugal Pump Minute. In this video, James describes the elements of a performance curve and how to read one correctly.

The first part of a performance curve is going to be the head vs flow line (or curve) that you’re going to see. For a centrifugal pump, it’s going to look something similar to what you see on the diagram; the left curve or the vertical axis is typically head in feet or meters, the horizontal axis is typically going to be your flow and this is going to be in gallons per minute or other flow measurement. There’s going to be a line that’s defining how much head that pump is going to be generating at a particular flow rate and that line is going to represent a specific impeller trim. In this particular case you can see that there’s a 10-inch notation on the curve and that represents a 10-inch impeller and for this particular pump, it would operate along this line at a given speed or RPM. You’ll also have a second curve that gets presented for a pump and that’s going to be the efficiency curve.

Another characteristic of a performance curve is your power and so this is typically presented in horsepower or kilowatts for a pump and it’s going to have to be plotted against a different axis, as well. In this case, you can see that the horsepower has been added as an example in red and then finally there’s another characteristic called NPSHr (required). The industry is starting to convert this to NPSH3. They mean the same thing when it comes to centrifugal pumps but historically, the nomenclature has been NPSHr. We have another webinar that’s going to be covering NPSH requirement in much more detail but this is a characteristic of the pump and it should be presented on a pump performance curve and we’ve added a separate chart here to depict how the pump operates from an NPSHr standpoint.

How do you actually read this curve? Well, that’s where I’m adding this green vertical line here to show how a performance curve for centrifugal pumps can be read and interpreted for a particular operating condition. When you’re reading a centrifugal pump curve you need to create a vertical line at a given flow rate and then you can read all of the other characteristics of the pump’s performance where that vertical line crosses the curve. In this particular example, the green vertical line has been added at 655 gallons per minute so once we’ve set that as the criteria now you can follow that green line vertically until it crosses the head curve, the efficiency curve, the horsepower curve, and the NPSHr curve. In this case where the green line crosses the head curve you’re going to learn or identify that this pump is designed to operate at 380 feet when it is generating 655 gallons per minute flow rate. Similarly, the pump’s efficiency is going to be 73% and so that appears to be very close to the pump’s best efficiency point because that is right near the top of the efficiency curve. But at this particular operating point it would be 73% and then if you go down across where the red line crosses, that red line represents the horsepower, and if you read that it would indicate that this pump is going to require 86 horsepower. And then finally down at the NPSHr curve, this pump would require 16.4 feet of suction head to ensure it’s not.

This is how you’re going to read a centrifugal pump performance curve. If you were wanting to determine the pump’s performance at a different flow rate, you would simply go to that flow rate and create another vertical line and now read all of the characteristics of the curve. In general, if you move to the left of a centrifugal pump curve, you’re going to see higher heads and you’ll see lower horsepower and you’ll see lower in NPSH requirements depending on where you’re at on the curve. The efficiency may get better or worse depending on whether you are to the left or right of that best deficiency point. 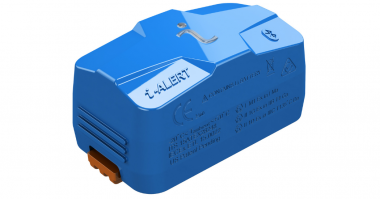 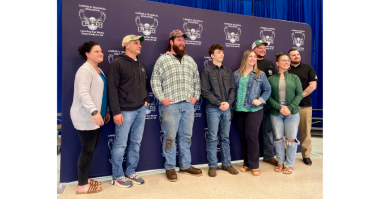 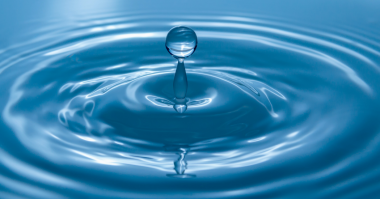 This Infrastructure Week, the WateReuse Association celebrates the introduction of S.4231, the Support to Rehydrate the Environment, Agriculture and Municipalities…