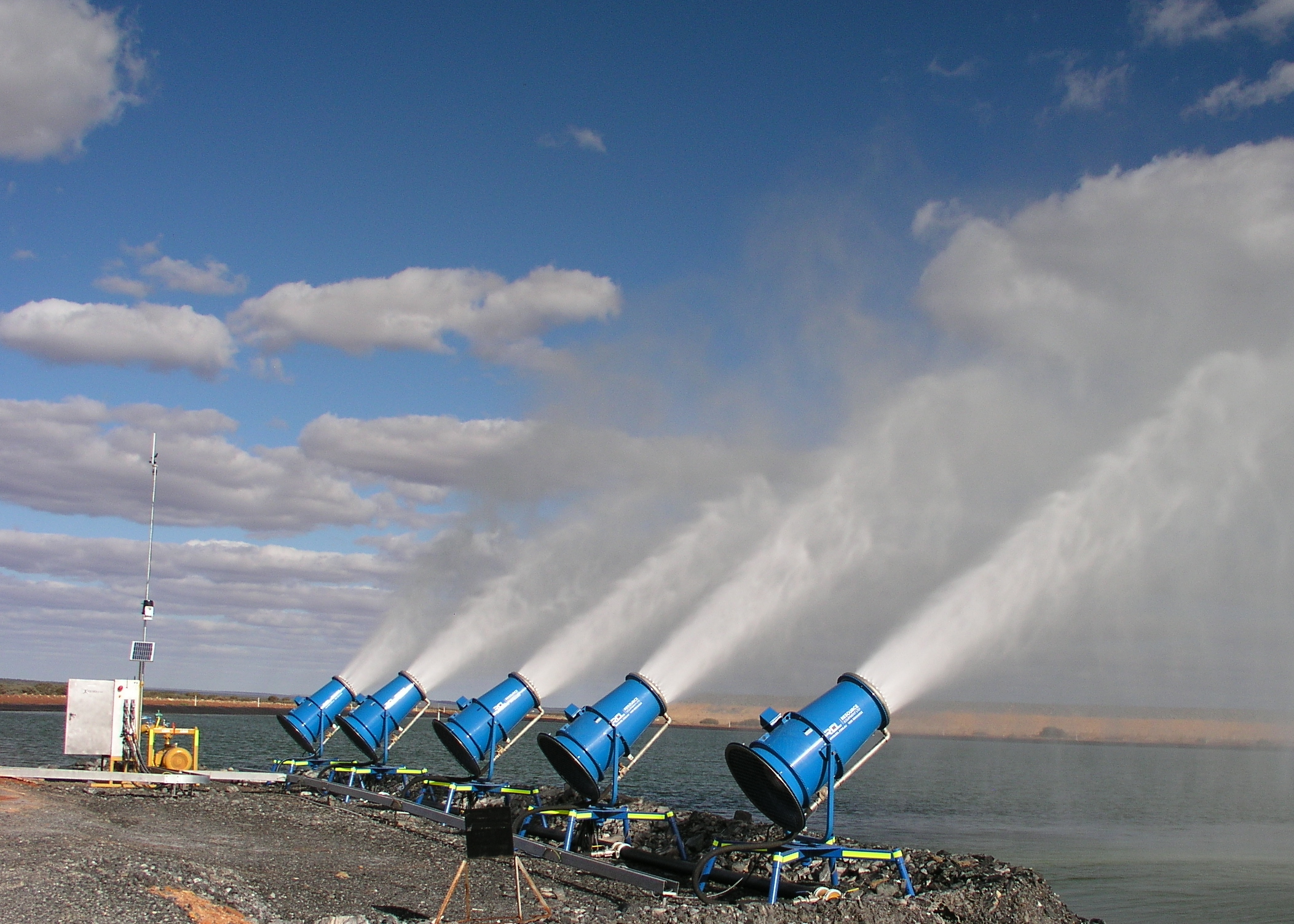 The worldwide mining industry – no matter the product, from gold to diamonds, copper to coal – is one of the most arduous to be found, with harsh, rugged, trying conditions confronted everyday. Therefore, the companies that provide equipment and services to the mining industry, specifically pumps and other rotating equipment, must be 100% confident that they are supplying their end-user customers with machines that can live up to the stresses and challenges associated with day-to-day mining operations.

In the region of the globe known as Australasia – generally encompassing Australia, New Zealand, New Guinea and neighboring Pacific Ocean islands – one of the companies that has developed a well-earned reputation as being a premier pump and pumping-services provider for the mining, oil-and-gas and heavy-engineering industries is Resource Equipment Limited (REL). Headquartered in Welshpool, Western Australia, REL also has satellite locations in Mackay, Queensland, and Rutherford and Singleton, New South Wales.

A Change in Approach

One of REL’s specialties is the creation of mine dewatering systems that draw water and other liquids used and produced during mining operations up and out of the mine. Key components in these dewatering systems are industrial pumps, which are used to facilitate the water extraction. In the past, water delivered to a mine’s surface or entrance was discharged into nearby waterways, such as creeks or rivers. However, recent modifications in Australia’s mining regulations no longer allow this type of discharge, meaning that another method of eliminating the water needed to be found.

The most efficient and effective way to eliminate this water is through an evaporation process. This is a system where a control box and timer are used to set a schedule for the water from the mines to be fed via industrial pump and a series of pipes to a set of evaporators (typically one pump per six evaporators). When the water reaches the evaporators, it is turned into a fine mist and then blown by a series of large oscillating fans into or over a large water source, such as a lake, retention area or dam.

“The most effective way to reduce excessive mine water is to evaporate,” explained Anthony Paul, Director of PumpNSeal Pty. Ltd., Wangara, Western Australia, a supplier of pumps, mechanical seals and related industrial equipment for the mining and other industries. “Previous evaporation methods just used water cannons that were not that effective. Now, the pumps and evaporators are controlled by mini weather stations so that they only operate when the temperature and wind direction is suitable.”

REL was quick to take the lead in providing this type of mine-dewatering technology, but had begun to notice that the centrifugal pumps it was using on its evaporation systems weren’t performing as well as hoped or expected.

“We were using fairly standard construction ISO pumps to supply our assisted-evaporation systems,” said Tony Ryder, Managing Director of REL. “To be honest, I was just getting sick of their failure rate, their low life and the performance problems we were having.”

For a solution, Ryder turned to Paul and the folks at PumpNSeal, who have been supplying equipment, maintenance services and training to REL since 2004. Independently owned, PumpNSeal has 65 years of product-supply expertise in the mining and related industries. The company prides itself on offering its customers the best solutions while reducing equipment life-cycle costs. 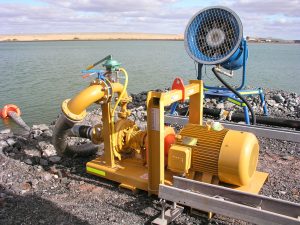 REL upgraded to Blackmer System One pumps for all of its water evaporation systems due to their high reliability and trouble-free operation.

As a distributor since 2001 of System One® Centrifugal Pumps from Blackmer, Grand

“The System One meets the needs of the types of applications in which REL specializes because it is constructed with a heavy-duty, solid, low-deflection shaft that prevents common vibration damage, and provides greater stability at the mechanical seal area to improve seal life and extend bearing and shaft life,” said James Lee, Product Specialist for Blackmer.

The System One LD17 model centrifugal pump also features stainless-steel components for compatibility with any corrosive liquids that may be encountered and has oversized bearings that offer greater load capacity and extend bearing life. The result is a pump that eliminates the frequent maintenance shutdowns that hinder competitive brands of centrifugal pumps.

“It all comes down to reliability,” said Paul. “I had supplied pump sets to REL in the past, but they had been inexpensive, throw-away ISO spec pumps. They started to realize that it is not the initial cost of purchasing a pump, but the total life cost that matters. Realizing that, they found they needed something more reliable and resistant to a wider range of aggressive fluids, hence the stainless-steel System One pumps. They also recognize the benefits of a short pump-shaft overhang and there is no process pump on the market that matches the low shaft stiffness ratio of the Blackmer System One model LD17 pump. The pumps can operate across a wide range of their performance curve with minimal shaft deflection, which, in turn, increases mechanical seal and bearing life.”

Having worked with the System One pumps as far back as two decades ago, Ryder was familiar with the Blackmer LD17s when Paul suggested them as the solution to REL’s evaporation-system needs. In addition to the reliability of the LD17, he also finds great benefit in the pump’s ability to handle a wide variety of liquids, an operational characteristic that the pumps REL had previously been using could not offer.

“Many of the products being pumped in mining operations change in either pH or salinity content as they are managed over time and we were experiencing pump failure as a result of corrosion,” he said.

Since installing the first of the water-evaporation systems to feature LD17 pumps acquired from PumpNSeal in late 2010, REL and its end-user customers have experienced none of the frustrating breakdowns and operational inefficiencies that dogged the other pumps. The pumps are mounted with 75-kW motors with a 310-mm impeller trim, which gives them the capability to operate at speeds as high as 2,900 rpm.

“The products and service we receive from PumpNSeal are second to none,” Ryder said. “We have been using the System One pumps for a short period of time, but the results have been excellent. We have replaced approximately 25 to 30 units with the System One pump, which speaks volumes to the pump’s success.” 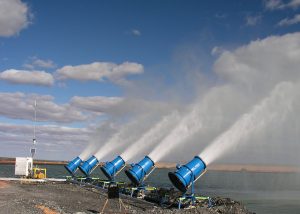 With the aid of PumpNSeal and Blackmer’s System One pumps, REL is now able to meet its goal of providing one of the most efficient and effective water evaporation systems for the Australasian mining industry.

In the end, REL’s main goal is to make what is a complex, taxing operation like mining as simple and easy as possible for its customers. With the aid of PumpNSeal and Blackmer’s System One LD17 centrifugal pumps, REL is now able to meet that goal more effectively than ever.

“What our customers know is that the systems we deliver to them are hugely reliable, trouble-free and deliver absolutely to their needs,” said Ryder. “That’s the significant thing here – it’s all about getting things done and making that happen as simply, painlessly and effectively as possible. This is what the System One delivers in spades, the ability for us to confidently offer a truly successful solution. The pumps we were previously using were the weak link in the systems we offered, but that is no longer the situation since we began using the System One pumps.”

Danny Sanders is the Director of Sales – Asia/Pacific for Blackmer®, Grand Rapids, MI, USA, through its PSG Asia/Pacific office. He can be reached at +63 918 888 3669 or danny.sanders@pumpsg.com.

James Lee is a Product Specialist for Blackmer and can be reached at +65 8399 0500 or james.lee@pumpsg.com.

For more information on Blackmer’s full line of pumps and compressors, please go to www.blackmer.com or call (616) 241-1611. Blackmer is a member of the Pump Solutions Group (PSG™), Downers Grove, IL, USA, which is comprised of seven leading pump brands – Almatec®, Blackmer®, EnviroGear®, Griswold™, Mouvex®, Neptune™ and Wilden®. You can find more information on PSG at www.pumpsg.com. 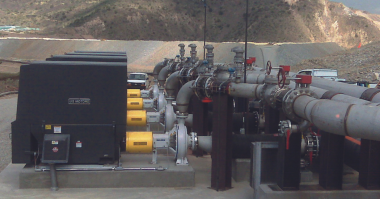 Increased efficiency and safety in mine water management

Pumps keep mines dry Pumps play a critical role in all mining operations and are, therefore, among the most important equipment… 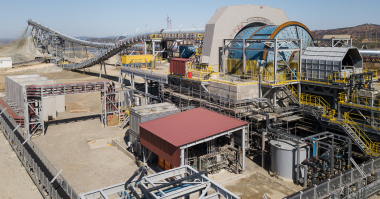 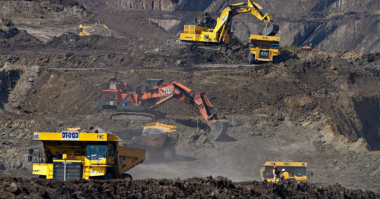 How To Increase Sustainability In Mining Through Proactive Maintenance