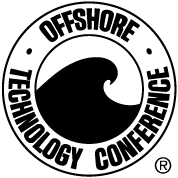 The 2015 Offshore Technology Conference (OTC) will kick off on Sunday, 3 May in Houston with the Annual OTC Dinner to honor the recipients of this year’s Distinguished Achievement Awards.

Founded in 1969, OTC brings together industry leaders and professionals from more than 130 countries. Its large international participation provides excellent opportunities for global sharing of technology, expertise, products, and best practices. The 2015 event will be held 4–7 May at NRG Park.

Elmer (Bud) Danenberger III will be honored for his significant contributions to offshore safety and environmental protection.

Danenberger held a 38-year career with the U.S. Department of the Interior in the offshore oil and gas program. He initiated the MMS industry awards program and co-authored legislation leading to offshore renewable energy and alternate use authority. Danenberger approved and monitored the first exploratory drilling in the North Atlantic and the first California development north of Point Conception. He also authored pioneering papers on the causes and occurrence rates for OCS oil spills and blowouts, which are still widely referenced today.

During his post-retirement consulting, he consulted with the National Commission on the BP Deepwater Horizon Oil Spill and was one of the principal investigators for the Blowout Risk Assessment (BORA) Joint Industry Project, among other accomplishments.

Petrobras increased their efforts in technology development to exploit this hard-to-access resource, in waters up to 2,200 m (7,200 ft). By the end of 2014, Petrobras was producing more than 700,000 bpd of oil in the pre-salt layer of the Campos and Santos basins.

The oil and gas production in this challenging environment demanded the development of different riser systems, which were successfully applied and are now available for the industry. Additionally, Petrobras achieved a significant reduction in the drilling and completion time for wells.

The Heritage Award is presented to Ray R. Ayers, PhD, PE, in recognition of his 50+ years in offshore research and development contributions to the industry through joint-industry programs he formed at Shell and R&D work he performed for the Pipeline Research Council International, DeepStar, the Bureau of Safety and Environmental Enforcement, and Research Partnerships to Secure Energy for America.

Early in his career, Ayers led a number of significant developments, including testing of techniques to measure and arrest buckles in offshore pipelines, and performing the first wave tank testing of oil spill clean-up on water, which formed the basis for the design of current-day booms and skimmers. He later led programs to make deepwater fiber rope mooring systems safer and more cost-effective, and he formed the DW RUPE Pipeline and HP/HT Flowline repair projects to improve environmental safety.

Ayers has been awarded 49 patents and has received numerous other technical and leadership awards, including one from the American Gas Association for “Engineer of the Year.”

The Distinguished Achievement Award Program is expanding to two other OTC events. The Arctic Technology Conference and OTC Brasil will both host versions of this prestigious program in 2015.

The call for nominations is currently open for OTC Brasil. If truly significant, the OTC Brasil Awards Committee will bestow an individual and an organization with this award for their technological, humanitarian, environmental, and leadership contributions to the industry. The deadline for nominations is 15 March 2015. Visit www.otcbrasil.org for details.