By: Charli K. Matthews
ITT Corporation (NYSE: ITT) has announced, in connection with filing amended Form 10 registration statements later today for its two company spinoffs, Xylem and ITT Exelis, that Markos Tambakeras will serve as non-executive chairman of the board of Xylem, the future independent water technology business. Mr. Tambakeras will assume this post when the spinoffs are completed.

Mr. Tambakeras, 60, has been a member of ITT’s board of directors since 2001. He is former chairman, president and chief executive officer of Kennametal, Inc. He currently serves on the board of Parker Hannifin and is a member of the boards of trustees of Arizona State University and Loyola Marymount University.

Upon completion of the transaction, Steve Loranger, chairman, president and chief executive officer of ITT, 59, will serve as a member of the Xylem board of directors in the role of chairman emeritus, a position created to enable Xylem to capitalize on Mr. Loranger’s years of experience and industry insights. Mr. Loranger will also take a seat, as previously announced, on the new ITT Exelis board.

ITT’s Presiding Director Ralph Hake said, “While the board of directors wanted Steve to serve as executive chairman of Xylem, he recently decided that he would prefer a different role. We are particularly pleased that he’s agreed to serve as chairman emeritus for Xylem, a post that will maximize his ability to continue to provide leadership, strategic contribution and continuity throughout the critical first years of the company, while freeing him from the board administration and governance aspects of the executive chairman role. We’re extremely grateful to Steve for his leadership throughout his seven years at the helm of ITT and through this very critical time of its transformation into three new companies. We look forward to his continued contributions and leadership through the transitions once the spinoffs are completed.”

Mr. Hake continued, “In addition, we are pleased that Markos will take on the role of non-executive chairman. Markos has been a long-standing member of our board helping to shape ITT strategy over the years. He will be a strong partner to Gretchen McClain, the future CEO of Xylem, and with his significant public company experience and industry insight, he will complement and support Gretchen and her senior leadership team as they launch the new company.”

Mr. Loranger said, “I’m looking forward to the next phase of my life, which will balance my desire to serve and contribute to both Xylem and ITT Exelis, while affording me the opportunity to pursue other interests as well. I thank the people of ITT who have accomplished so much in the years that I have been privileged to lead them. I am confident that each of these three new companies will be successful because of our outstanding workforce and their drive for results.”

Mr. Loranger will continue in his current capacity as chairman, president and CEO of ITT until the transaction to create three standalone companies is completed, which is expected to occur later this year.

ITT Corporation is a high-technology engineering and manufacturing company operating on all seven continents in three vital markets: water and fluids management, global defense and security, and motion and flow control. With a heritage of innovation, ITT partners with its customers to deliver extraordinary solutions that create more livable environments, provide protection and safety and connect our world. Headquartered in White Plains, N.Y., the company reported 2010 revenue of $11 billion. www.itt.com. 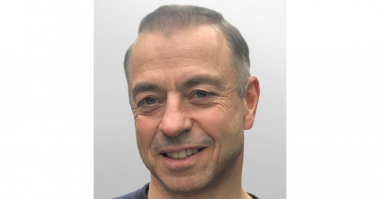