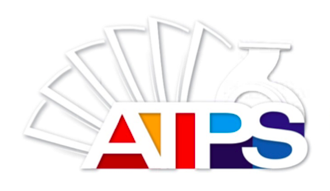 Plans are moving forward for the inaugural Asia Turbomachinery & Pump Symposium (ATPS) to be held in Singapore February 22-25, 2016. This biennial event will be hosted at the Marina Bay Sands, an outstanding and unique venue (www.marinabaysands.com); at the time of construction in 2010, it was the world’s most expensive building at US$ 4.7 billion. Featuring a Skypark with Infinity pool on the triple-towered 55th floor rooftop combined with a spectacular vista view of the Singapore skyline, the Marina Bay Sands is an event unto itself you won’t want to miss.

The ATPS 2016 advisory committee is chaired by Dr. Luis San Andrés. San Andrés is a professor and researcher with the Texas A&M University department of Mechanical Engineering and long-time leader at the Turbomachinery Laboratory (Turbo Lab) and its affiliated symposia; he The Turbo Lab operates under the auspices of the Texas A&M Engineering Experiment Station in College Station, Texas and is considered the preeminent authority on quality continuing education for users of turbomachinery worldwide. In addition to ATPS, the Turbo Lab organizes two other major symposia: the original Pump and Turbomachinery Symposia held annually in Houston, Texas every September; and the Middle East Turbomachinery Symposium (METS) held biennially in Doha, Qatar. Information about the Turbo Lab and all symposia may be found by visiting http://turbolab.tamu.edu or calling +1(979)845-7417.

Turbo Lab symposia are hugely popular exhibition and educational events. The 43rd Turbomachinery and 30th Pump Symposia held in Houston during September is expected to draw more than 5500 attendees and over 325 exhibiting companies comprised of industry heavyweights from around the world. METS 2015 in Doha is expected to attract 1000 attendees with 60 or more exhibiting companies. Similar numbers are expected for ATPS 2016, and the event will offer a unique opportunity for international turbo and pump engineers to network and share ideas in an outstanding new venue.

As with the METS 2015 Symposium, ATPS 2016 is expected to include a dozen lectures, a dozen tutorials, and scores of case studies on topics such as LNG, wet gas compression systems, vibrations and rotordynamics, gas turbine operation and maintenance, surge in compressors and cavitation in pumps. Lectures and tutorials should include topics such as maintenance, design, and troubleshooting as well as short case studies describing in-the- field problems and their real-world solutions from authors and companies around the globe. More than half of the technical content is expected to be new material at ATPS. The technical program will be developed and overseen by the Asia Technical Advisory Committee, a group comprised of highly respected engineers from both regional and international companies in the industry led by Dr. San Andrés. A Call for Papers can be found at the ATPS webpage: http://turbolab.tamu.edu/atps/

San Andrés notes that East Asia has the fastest growing market in rotating machinery systems and applications with proven potential for sustained growth and continuous educational opportunities. Singapore, a knowledge- based society, has the infrastructure and engineering base to host many engineering services and design centers, refineries and production facilities promoting further growth in the region.

As with all other Turbo Lab symposia, this event will include free admission to exhibits during portions of the three-day gathering.