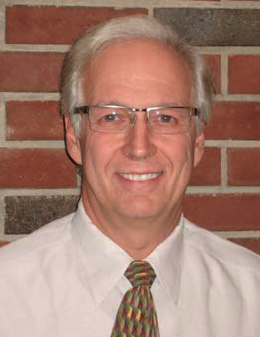 The Fluid Sealing Association is pleased to announce the appointment of Henri V. Azibert as their new Technical Director. As a long-time FSA member while employed by A.W. Chesterton Company, Mr. Azibert served as Chairman of the Mechanical Seal Division and of the Mechanical Seal and Mechanical Packing Technical Committees and was a member of the Strategic Planning, Government Affairs, and Marketing Committees. He also served most recently as a member of the Board of Directors and held the office of Vice President for the last two and a half years.

Mr. Azibert received his Baccalauréat from Lycée Louis Le Grand, a B.A. in Political Science from the University of Massachusetts, a Jurisprudence Doctor degree from Boston College, and a Masters degree in Mechanical Engineering from Northeastern University.

After a varied career, Mr. Azibert joined the A.W. Chesterton Company in 1980 as a design engineer in the Mechanical Seals Division. He was responsible for all the mechanical seal and mechanical packing engineering staff and product lines. He was granted over thirty patents on mechanical seal designs and improvements. Mr. Azibert maintains his standing in the Massachusetts Bar. He is a member of the API 682 and 3A Mechanical Seal Standard Task forces, and is a member of the Texas A&M Pump Symposium Advisory Board.

Mr. Azibert replaces Peter Petrunich, who retired from his position as FSA Technical Director after being with them for 17 years. Technical Director Henri Azibert can be reached at Camtrack LLC, 87 Lowell Road, Windham, NH 03087, 603-475-4335, or by email at henri@fluidsealing.com.

The Fluid Sealing Association (FSA) is an international trade association. Members are involved in the production and marketing of virtually every kind of fluid sealing device in the world today, including mechanical packings, gaskets, seals and expansion joints. Its membership, composed of the foremost companies of the industry, represents a majority of the North American Market.

For further information, visit their web site at www.fluidsealing.com.