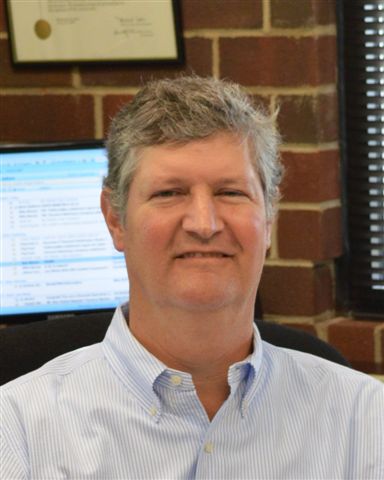 The Board of Directors of Tencarva Machinery Company, headquartered in Greensboro, N.C., has elected Edwin W. Pearce III as president of Tencarva, effective January 1, 2014, after the retirement on December 31, 2013, of Rod Lee who served in that position for 16 years.

In assuming his new role, Pearce remarks, “I am honored that the Board of Directors of Tencarva Machinery Company has chosen me to be the company’s fourth president. Our founders and past leaders have built a wonderful company, and I am very mindful of that. We have tremendous, dedicated  employees; we represent the top manufacturers of engineered products; and we have a diversified and thriving customer base – all of which bode well for our future.”

Lee retired after 36 years of service with the company, and will remain on the Board of Directors. Previously, Pearce has been serving as secretary/treasurer and controller of Tencarva for the last 13 years. The succession process began with the election of Pearce by the Board of Directors in January 2013. In order to ensure a smooth transition upon Lee’s retirement, Pearce has been involved with the sales and management team traveling to various branch offices and meeting with customers during 2013.

In announcing Pearce’s promotion, Lee explained, “Ed has guided us through the transition into the electronic age in our business systems. He has maintained the ‘tight ship’ in the Accounting Department while growing substantially to meet the needs of the much larger company we have become. I don’t know any company that operates more efficiently or effectively than Tencarva in that area. His skills and good judgment have also contributed greatly to Tencarva’s success in adding to our business via acquisition.”

Lee continues, “Ed will have an extremely experienced officer group to assist him in his new position. Our sales vice presidents have been largely responsible for our sales management and vendor relationships in recent years. We anticipate a smooth transition as the management changes evolve, as we have been preparing for it for years.”

Pearce began his career with Tencarva Machinery Company in 1992 and has served as secretary/treasurer since 2000. Pearce is a graduate of the University of North Carolina—Chapel Hill with a bachelor of science degree in business administration. Professionally, he is a member of the American Institute of CPAs (AICPA) and the North Carolina Association of Certified Public Accountants (NCACPA), which are professional accounting organizations.

Active in the local community, Pearce has served on the boards of the Greensboro Sports Council and Greensboro Swimming Association. He currently serves on the Vestry of Holy Trinity Episcopal Church in Greensboro.

Tencarva Machinery Company was ranked 41st in the 2013 “Big 50” list of largest industrial distributors in the United States, based on annual revenue in 2012, by Industrial Distribution magazine. Tencarva was listed as 34th in the 2013 “Fast 50” companies selected by The Business Journal Serving the Greater Triad Area. Tencarva also ranked 44th in the “Grant Thornton North Carolina 100” privately owned companies as published in Business North Carolina in October 2013 and 35th in the “2013 North Carolina Mid-Market Fast 40” ranking by the publication.

Tencarva Machinery Company, headquartered in Greensboro, N. C., is a distributor specializing in pumps, liquid process, and custom-designed systems for the industrial and municipal marketplace. Tencarva is dedicated to providing the highest quality process machinery, coupled with superior customer service and integrity.  Founded in 1978, Tencarva Machinery Company supplies innovative engineering assistance, professional equipment selection with extensive product and parts inventory, as well as preventive maintenance and repair services to all its customers.

For details on Tencarva, contact Walter Hieber, director of marketing, at Tencarva Machinery Company, 1115 Pleasant Ridge Road, Greensboro, NC 27409-9753, (888) 828-4143. For further information on Tencarva and its services, please visit the website at http://www.tencarva.com.