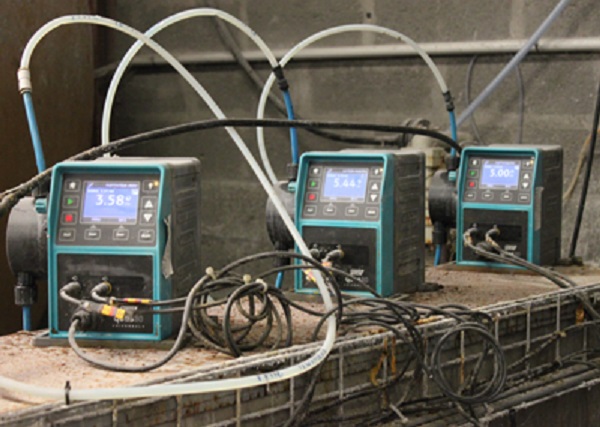 One of Europe’s largest manufacturers of toilet tissue and paper towels is now using an extensive range of peristaltic hose pumps from Watson-Marlow Fluid Technology Group in its production processes. The pumps, which include numerous APEX and Qdos models, are today performing vital dosing operations, typically on a 24 hour basis. Both the robustness and reduced maintenance requirements of Watson-Marlow pumps have proved attractive to this manufacturer, while their inherent accuracy has also seen the company reduce its chemical consumption significantly.

The main mill at this high technology plant consists of two machines for the production of paper and eight converting machines.

The production machines comprise numerous dosing stations, where since 2011 the company has been enjoying the benefits of Watson-Marlow 521F/RC close-coupled pumps. These were selected by its Methods and Processes Project Manager, in response to a request for a reliable system that could dose enzyme at the pulp preparation stage.

A year later the company was facing another challenge and once more turned to Watson-Marlow for the solution. In the company’s offset printing production process, the transfer of sheet paper is performed using a rubber ‘mat’. In short, images on metal plates are transferred (offset) to rubber blankets, or mats, and then on to the toilet tissue. Rubber is used because it readily conforms to the surface of the tissue, however, the company was finding that the mat was becoming subject to increasing levels of fouling.

To address the problem, a dosing station for sodium hydroxide was installed and Watson-Marlow was called upon once more for this application. After consultation, a Bredel APEX 20 hose pump was selected, not simply for its advantageous peristaltic operating technology, but its ability to run dry, as well as its high extraction rate. The APEX 20 is capable of delivering flow rates of 8.7-870 litre/hr and pressures up to 8 bar.

Not only were there issues of back-pressure, which meant valves were getting blocked, engineers reported that maintenance was becoming long, complicated and dangerous.

The three diaphragm pumps at this station were replaced with three Qdos30 Universal+ chemical metering pumps for the necessary coating chemicals. The advantages of Qdos30 Universal+ pumps include the absence of valves and the fact that the chemicals remain completely confined within the ReNu pumphead, thus delivering total operator safety. Maintenance is also quick and tool-free, which means production downtime is minimised.

With flow rates up to 500 ml/min and 7 bar pressure, the Qdos30 Universal+ is enhanced by offering the flexibility for automatic and manual control together with configurable 4-20 mA input and output, thus allowing connection directly to the process controller.

The company has reported that it is “very happy” with the Qdos pumps as they provide complete peace of mind, safety and cost savings. Use of coating chemicals has reduced significantly.

The performance of the Qdos pumps has been so impressive, that the company has also adopted six further Qdos models on the dryer protection station serving the two paper production machines, and three coagulant dosing pumps for treating water in the company’s flotation units.

The factory is booming and a third production line is now planned, with the goal of producing 90,000 tonnes of paper per year. The plan is for the new line to be equipped Watson-Marlow dosing pumps to ensure continued dosing accuracy. 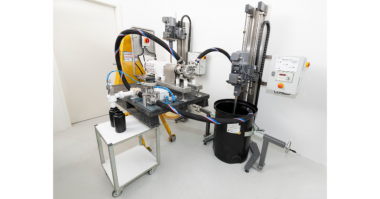 Light-curing liquid materials are used in many 3D printing processes in the medical technology industry, especially in dentistry. However, processing… 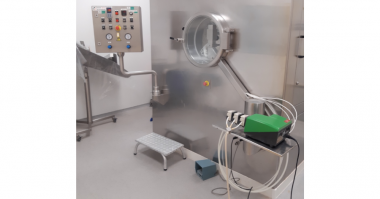 Bailly Creat is a French pharmaceutical company specializing in the manufacture and production of dry form drugs. Known for its… 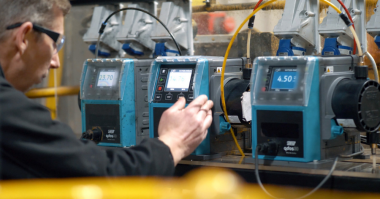 The value of “precise, consistent, and accurate pumping” for a UK paper manufacturer is explored in a new documentary-style video…