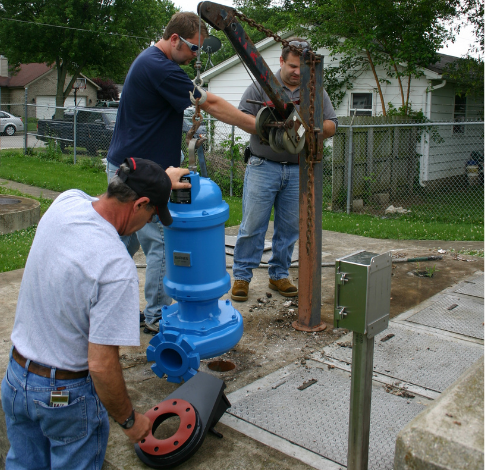 It is not ‘news’ that America’s infrastructure is in need of an upgrade, but existing factors causing stress on infrastructure have become even more evident through the lens of the COVID-19 pandemic. In order to adapt to new conditions, we must first understand some of the major variables at play within the water and wastewater industry.

Designed to collect domestic sewage, stormwater, and industrial wastewater in the same piping system, combined sewer systems (CSO) combine and transports a mixture of these waste streams through the same main to a sewage treatment plant. During severe weather events such as a heavy rainfall or after a considerable melting of snow, the volume of wastewater in a combined sewer can exceed the capacity of that sewage system and/or treatment plant. Rather than excess wastewater backing up into homes, industrial facilities, or wastewater treatment plants, combined sewers are designed with escape overflow pipes so that the excess wastewater is redirected to overflow and discharge into the environment, typically a lake, river, or ocean. These overflows, which contain untreated human and industrial waste, potentially toxic materials, and other debris are a major water pollution concern for the approximately 772 cities in the U.S. that have combined sewer systems¹. 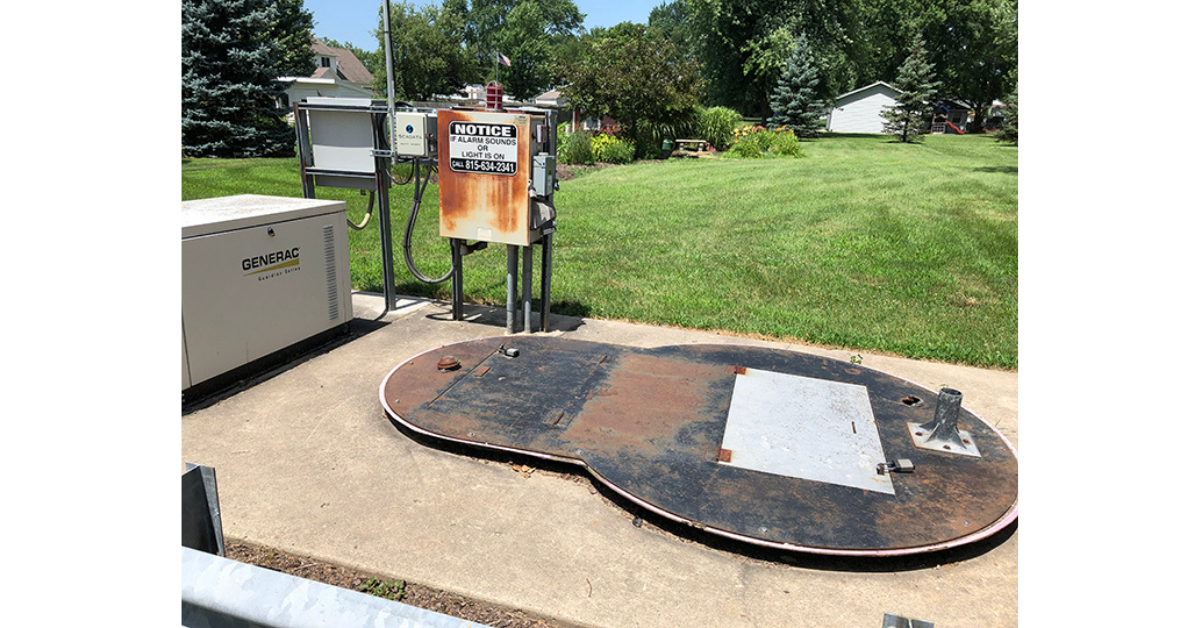 Combined sewer systems were introduced in 1855 as a leap forward in water system technology and at the time were an improvement for local communities and the environment. However, as the infrastructure aged and demand increased, CSOs became more frequent posing a short and long-term environmental health and safety risk.

In 1994, the U.S. Environmental Protection Agency (EPA) issued the CSO Control Policy. This policy mandated that communities with combined sewers take action to reduce or eliminate CSOs. Since the inception of this policy, the EPA has assisted municipalities in improving the outmoded sewage systems so they could reach Clean Water Act goals. Infrastructure investment is required to improve or replace these systems to reduce overflows and freshwater contamination, but state and local funding will be a major determining factor in the realization of these upgrades.

According to the EPA, “1 in 5 U.S. households depends on private septic system”². Aging septic systems were already a growing concern in many areas of the country – especially coastal regions and areas like New England with a high proportion of homes served by private septic systems, but COVID-19 brought on heightened stress to septic systems all over the country causing a spike in failures and other risks to our environment. As states announced stay at home orders in the Spring, the scarcity of toilet paper supplies led to the public utilizing unconventional items in place of standard bath tissues; items like disposable wipes and paper towels, further distressing undersized and aging septic systems. Although many stay at home orders have been lifted, several companies have encouraged their associates to work from home and the majority of schools have implemented remote-learning programs. With no definite end in sight, the volume of water and waste entering individual septic systems is quickly exceeding capacity and system failures are imminent. Septic system failures pose the greatest risks to groundwater, lakes and stream. Sewage can back up into homes or bubble up onto the surface of yards, presenting a host of potential health concerns; including E. coli contamination. For those living in a public water supply watershed, a failed system could compromise drinking water for thousands of homeowners – which during a global pandemic, is the last thing residents need. 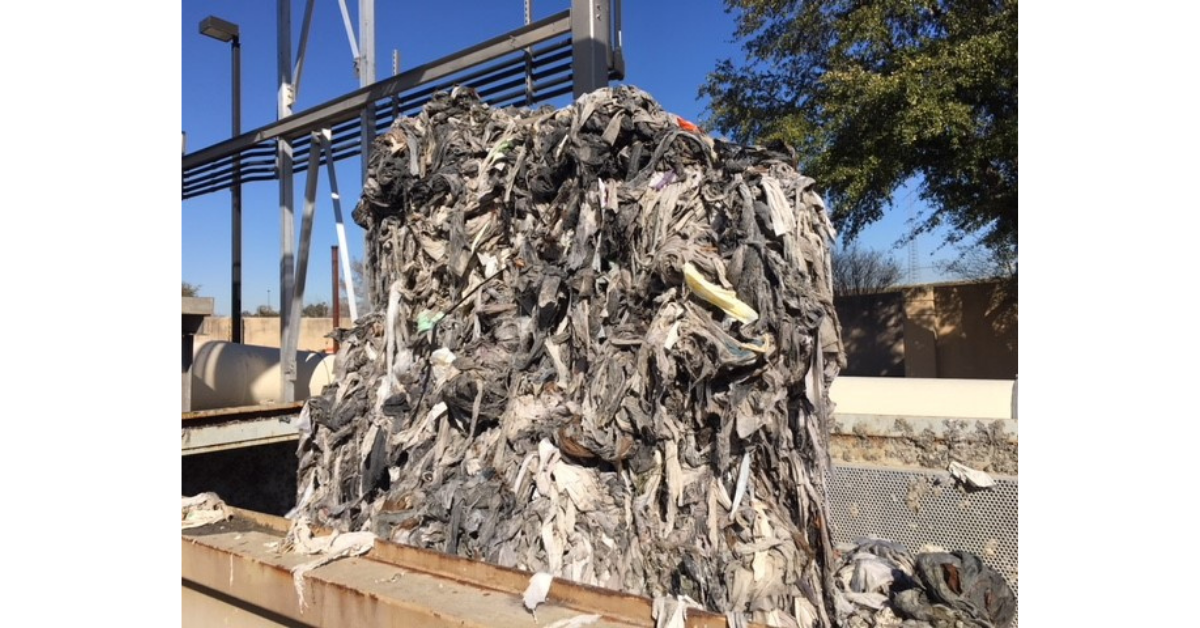 Adapting to Near-Permanent Changes to the Waste Stream

The EPA publishes data on water use intensity, which is a calculation of how much water a building uses. In 2007, average WUI had been about 35.7 gallons per square foot, and as of 2019 has been reduced to approximately 20 gallons³. The increase in water conservation means a decrease in water entering the waste stream. While less water enters the waste stream, more solids continue to accrue. The “flushable” wipes market continues to grow. In 2018, the market was assessed at $2.1B and is projected to grow to $35B by 2023. This dramatic change in wastewater composition has been and continues to cause new challenges for municipal pumps, pipes, and other components in wastewater collection and treatment networks. The largest evidence of this is the frequency of clogs reported at municipal lift stations and treatment facilities, publicized by news stations across the nation. 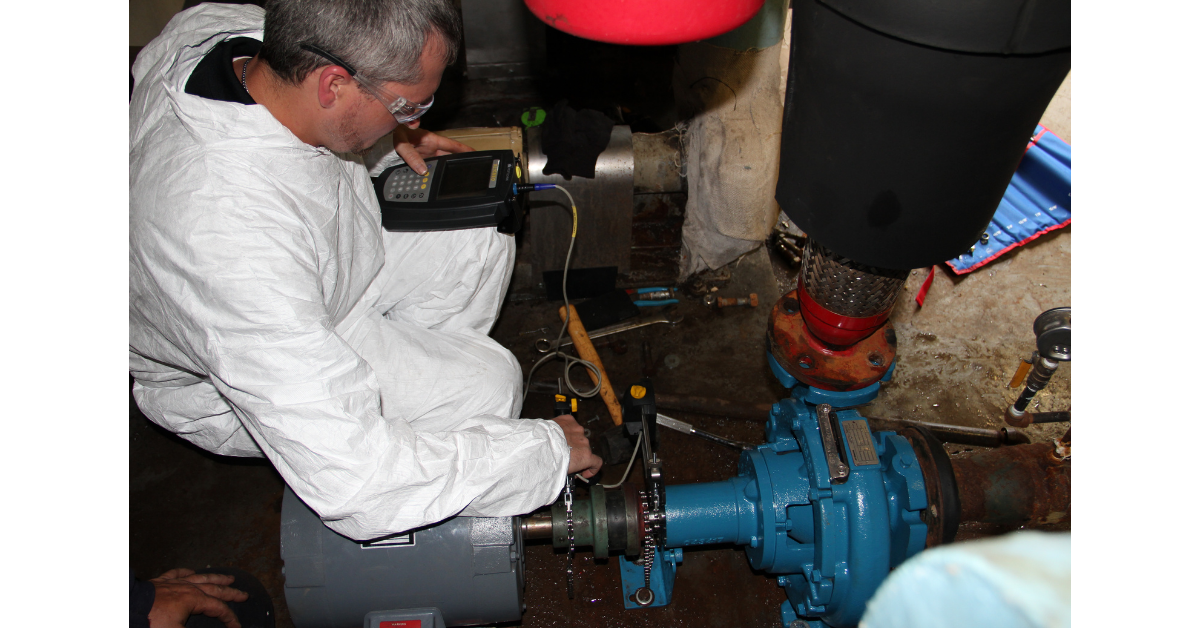 Signs of Hope and Investment

In addition to dealing with more frequent operations and maintenance issues caused by a changing waste stream and aging infrastructure, water and wastewater utilities took a major financial hit due to the pandemic’s effect on tax revenue. With lost revenue estimated at $30 Billion, (water ~$13.9B and wastewater ~12.5B), spending in the water and wastewater sectors are being trimmed by 75% and many are hoping to see additional support come through in the next economic relief bill.

Last January, addressing aging infrastructure seemed to be a priority for both parties. The House Democrats first proposed framework for $760B over 5 years (which included $75B for water/wastewater) and later introduced the Moving Forward Act – which includes $65B for State Revolving Funds (SRFs).

On July 29 th , The House of Representatives passed the Water Resources and Development Act (WRDA) bill by unanimous voice vote, which includes $8.6 Billion in federal funding that would support $13B of total project activity on 38 U.S. Army Corps of Engineers’ projects. The next step is for the full Senate to pass its version of a WRDA bill. Once passed by the full Senate, the two chambers meet to resolve differences and produce a single bill. There is still hope that a WRDA bill can be approved by the full Congress this year.

Funding for the EPA was secured in late July when The House of Representatives passed its Interior and Environment appropriations bill. The appropriations for the Clean Water State Revolving Fund (CWSRF) remains at $1.6B, the Drinking Water State Revolving Fund (DWSRF) at $1.1B, and while new funding for the Water Infrastructure Financing and Innovation Act (WIFIA) was listed at $0 due to a clerical error, an amendment to this appropriations bill rescinds $71M in unobligated WIFIA balances from prior years and places that funding into fiscal year 2021. We are still expecting that the Senate will include new funding for WIFIA in its appropriations bill and that the House will compromise to have new WIFIA money for the coming fiscal year and place the rescinded money back into its appropriate years, thereby making it available for projects who qualified in those years.

WIFIA has been a marvelous catalyst for funding major water and wastewater projects, and the nation’s 14,748 wastewater treatment plants are depending on funding to protect public health and the environment.

The complications with CSOs, failing septic systems, and changes in the waste stream have been challenging the water and wastewater industry for some time but COVID-19 has exacerbated these issues.

As we look to the future and estimate what is coming down the pipeline, there is even greater emphasis on upgrading existing infrastructure. According to a recent status report from the American Society of Civil Engineers (ASCE), “It is expected that more than 56 million new users will be connected to centralized wastewater treatment systems over the next 2 decades, and an estimated $271 billion is needed to meet current and future demands.”⁴ As more people connect to existing wastewater treatment systems, these aging systems will be more and more susceptible to failures and need to be upgraded to handle the increase in demand. Manufacturers will continue to produce toilets, washing machines, dish washers, and other water-conserving commodities that will further force pump manufacturers to engineer better equipment that safely and reliably transports a ‘thicker’ and denser waste stream. 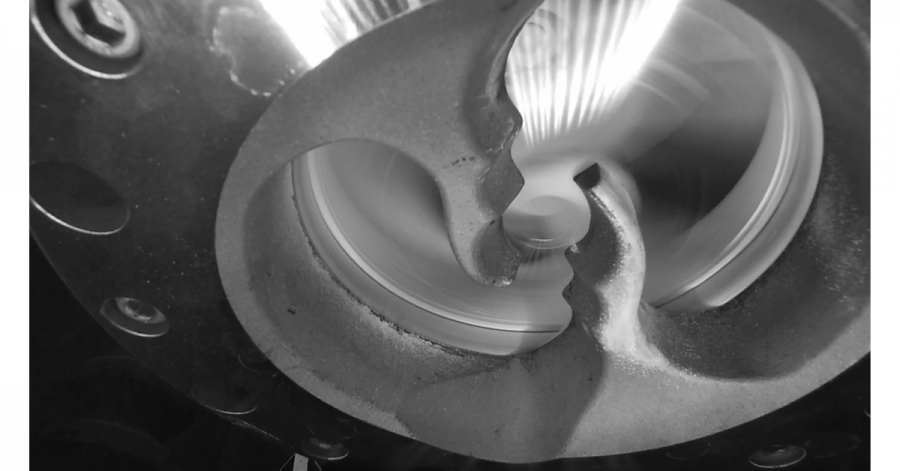 While there are many types of grinder and chopper pumps on the market, all pump manufacturers agree that the pumping products and related system components are essential. We appreciate that the June 2020 issue of Empowering Pumps & Equipment magazine had a focus on Essential Workers, and we second that by reminding everyone about the workhorses that send clean water to your faucet and wastewater out of your home and workspaces.

This continued focus on providing new and modern technologies to combat that changing state of the water and wastewater industry is one of the main reasons why Crane Pumps & Systems developed the Razor Grinder pump. RAZOR Grinder pumps are the ideal 2 HP pump for light commercial and residential solids handling applications. Thoughtfully designed with innovative axial cutting technology, the RAZOR grinder efficiently reduces solids and other non-biodegradable items commonly found in the modern waste stream, and has a revolutionary tank mixing feature to reduce maintenance and pump out costs. The Razor grinder pump was deliberately engineered to handle the changing waste stream and provide customers with a revolutionary product for upgrading aging or failed systems.

To learn more about the Razor Grinder Pump or other products specifically designed for the modern waste stream, visit cranepumps.com or contact jboudreau@cranepumps.com 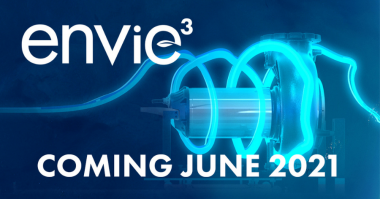 The Envie³ Is Coming Soon! 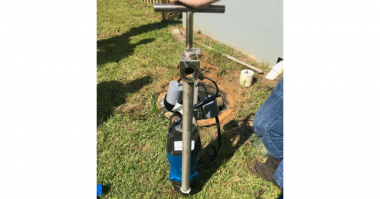 Application Overview On the coast of the Gulf of Mexico sits Mobile County and the deepwater port City of Mobile. Serving… 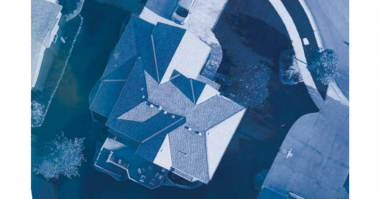 Pressure sewer systems are gaining popularity with sewer directors and supervisors in recent years for many reasons, one being surmounting…