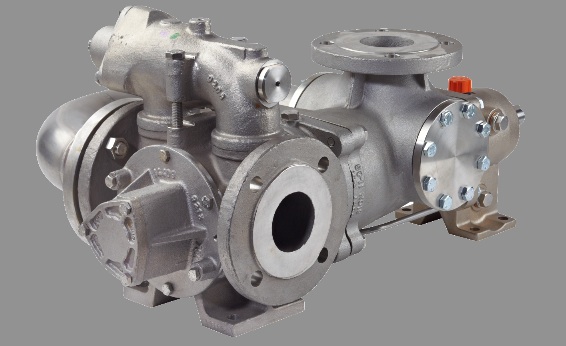 Throughout the world today, high energy prices pose an unprecedented profit-robbing threat to every manufacturing operation, large or small. Left unmanaged and unchecked, rising energy expenditures can quietly, and quickly, erode a company’s stability, performance, productivity and, ultimately, its competitiveness and viability.

Confronted by these rising energy costs, manufacturing operations around the globe are implementing energy-management processes and procedures that seek to:

In order to address energy consumption, many areas around the globe are developing and implementing new climate and energy policies that have been designed to create behaviors to moderate energy usage. As an example, in March 2007, the European Union’s Heads of State Government announced a series of demanding climate and energy consumption targets that must be met by 2020. These are:

This “climate and energy package” was agreed to by the European Parliament and Council in December 2008 and became EU law in June 2009.

Similarly, 2005’s wide-ranging Energy Policy Act in the United States elevated the profile and increased discussion of energy use and conservation in the country. Since the inception of EPAct, there have already been enviable gains in energy conservation in the industrial sector thanks to a series of energy-efficiency assessments that were conducted at more than 400 of the nation’s largest manufacturing plants.

These assessments showed that it is possible for the industrial sector to improve its “energy intensity” by 25% by the end 2017, or an average of 2.5% per year leading up to that deadline. The key to meeting this goal is instituting a “systems approach” to energy efficiency and conservation in manufacturing plants, i.e. turning the focus away from individual components and, instead, analyzing both the supply and demand sides of the system as a whole.

However, while it is easy to establish thresholds for energy consumption, identifying and implementing the most efficient means to meet those thresholds can be much more problematic. Using the industrial sector as an example, since pumps account for anywhere between 27% and 33% of total electricity used in this sector globally, improvements in pump-system performance can play an important role in minimizing energy costs.

At their most basic, poor design and improper system operation are the root causes of inefficient pumping systems. As rotating equipment, pumps are subject to wear, erosion, cavitation and leakage. These problems can be exacerbated through improper pump selection and operation. If they are not selected or operated properly, pumps can waste enormous amounts of energy, as well as require considerable maintenance.

This pump-selection process can be complicated by the fact that many different types of pumps can be applicable in a single operation. And when making the final choice in type of pump, the list of crucial factors that need to be taken into account can be daunting: required flow rate, differential pressure, temperature, viscosity, shear sensitivity, corrosiveness of the liquid being handled, etc. In addition, facility managers have a tendency to resort to lowest-common-denominator thinking when outfitting their pumping system and just choose to go with oversized pumps. While installing an oversized pump ensures that the needs of the system will be met under all operating conditions, the added energy cost inherent in operating oversized equipment is generally ignored.

As manufacturers work to align their energy-efficiency initiatives with their business goals, pump system improvements will play an increasingly important role in this effort.  Since there is no “one pump fits all” solution, particular attention to proper pump selection will become increasingly more important in the effort to select the right pump that not only will deliver productivity gains, but will work equally as well at controlling energy consumption.

With this in mind, by virtue of their inherent energy- and mechanically efficient designs, positive displacement sliding vane pump technologies are uniquely suited to offer manufacturers immediate, high-value advantages and solutions in fulfilling their energy-saving initiatives.

Of the leading positive displacement technologies, sliding vane pumps are generally among the most energy efficient. Significant design advancements have given sliding vane technology a decisive advantage over gear pumps, specifically with regards to optimized performance, low-shear capability, lowest life-cycle cost and best energy efficiency.  For the sliding vane pump, this is due in part to the self-adjusting vane-design feature that eliminates energy-robbing slip and promotes high volumetric efficiency even after substantial time in service.

This design makes sliding vane pumps much more efficient and desirable for use than gear pumps. Gear pumps use the meshing of gears to pump fluid by displacement. Because of this style of operation, from day one gear pumps wear constantly as the pump’s gears mesh together in order to move fluid. This constant wear increases the internal clearances between the gear teeth, in the process reducing flow capacity and volumetric consistency while increasing the possibility that “slip” will occur. All of these operational deficiencies result in not only decreased pump performance and increased maintenance occurrences, but also in wasted energy use, which can increase costs.

On the other hand, sliding vane pumps operate through the use of a number of vanes that are free to slide into or out of slots in the pump rotor when it is driven by the pump driver. The turning of the pump forces the vanes to move outward and ride against the inner bore of the pump casing, in the process forming pumping chambers. As the rotor revolves, the fluid enters the pumping chambers from the suction port. The fluid is transported around the pump casing until it reaches the discharge port where it is forced out into the discharge piping.

This type of design guarantees fixed displacement volume with minimal pressure variance, meaning that energy-wasting slippage and turbulence are minimized and high volumetric efficiency is maintained.

The effectiveness of pump-shaft sealing can have a direct influence on a pump’s power consumption in a variety of ways:

When shaft packing or a basic mechanical seal cannot be used for any reason in a pump’s design, the main alternatives are:

Realizing that the most energy-efficient solution to the pump-shaft sealing challenge is a Seal Less Drive, Auxerre, France-based Mouvex® has developed the SLP Series of sliding vane pumps. The SLP Series is a rotary positive displacement pump that is not based on magnetic drive, but, rather, a seal-less leak-free design that features no magnets, no mechanical seals and no packing.

Instead of magnets, the SLP pumps have a double stainless-steel bellows that houses an eccentric shaft. This shaft, which is rotated by a crank system, drives the bellows in a circular movement. This design and operation addresses each of the concerns of shaft-sealing that are mentioned above:

The result is a decrease in energy consumption with a corresponding increase in operational efficiency, all without added installation complexity. Compared to magnetic-drive pumps, the SLP pumps create up to a 40% reduction in absorbed power and up to a 20% higher return in energy efficiency.

Sliding vane technology is being used worldwide to reduce energy cost and consumption, and create a more efficient pumping system. While world-renowned for its ability to offer the best in increased suction, reduced product shear and consistent volumetric efficiency, sliding vane technology has been taken to the next level with the introduction of Mouvex’s Seal Less Drive technology and its SLP Series pumps. 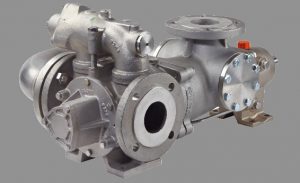 Simply put, this technology offers even more advantages over gear pumps in the quest to reduce energy consumption and cost without sacrificing performance and reliability, making them a perfect positive-displacement pump choice in these increasingly energy-conscious times.

Paul Cardon is the Industrial Products Manager for Auxerre, France-based Mouvex®, the leading manufacturer of eccentric disc pump technology. He can be reached at +33 (0) 633 41 7565 or Cardon@mouvex.com. Mouvex is an operating company within Dover Corporation’s Pump Solutions Group (PSG™). PSG is comprised of six leading pump companies—Wilden®, Blackmer®, Griswold™, Neptune™, Almatec® and Mouvex®. You can find more information on Mouvex at www.mouvex.comand at PSG at www.pumpsg.com. 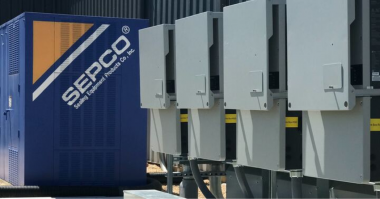 SEPCO Turns to the Sun with New Solar Array Installation