Choosing Between Imitation or Original Pumps

Home » Choosing Between Imitation or Original Pumps
PSG May 15, 2019

Choosing Between Imitation or Original Pumps

Imitation pumps can create operational and safety issues for the user

Life is full of choices. From an economic standpoint, the choice typically comes down to: Do you invest in something, no matter the cost, that you plan to keep for many years, or do you go with something that is the more cost-effective option at that point in time knowing it may need to be replaced sooner? 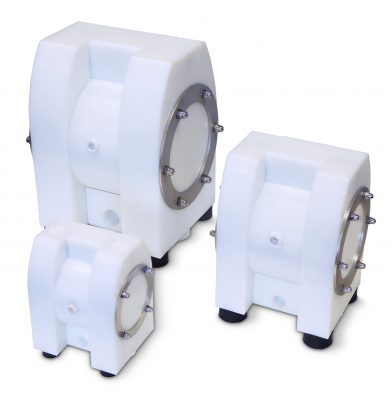 Industrial manufacturers face this dilemma all the time, especially when it comes to selecting the equipment that will be used in their many production processes. Take pumps, for example. In many cases, the operator’s dual demands of need and budget will collide, forcing the manufacturer to make a decision: buy a pump that can get by until there is time or money available for the next plant upgrade, or go with the premium model that promises many years of reliable performance but has a higher upfront purchase price. No matter the final decision, the manufacturer must be confident that the choice will prove to be one that does not compromise safety, operational reliability or the bottom line.

A Change In Attitude

In recent years, the range of pump choices available to the manufacturer has expanded due to the influx of imitation pumps—or, as some call them, “knockoffs”—into the market. This increased inventory has been wedded to a change in the attitude of pump users. What was once a search for the best solution, has evolved in many instances into a quest to find a pump that is just “good enough” to perform the task at hand. 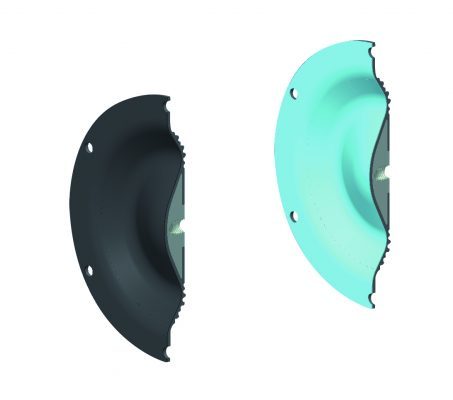 The C-Series’ diaphragms can be constructed of PTFE or EPDM, with the piston integrated into their construction, which eliminates leak points that can compromise product containment.

In the universe of plastic air-operated double-diaphragm (AODD) pumps, the gold standard has long been a model that is constructed of heavy, dense plastic that can withstand the rigors of continuous-duty use and has wetted parts constructed of polyethylene (PE) or PTFE (“Teflon”) so that it is compatible with a wide variety of fluids, including those that are highly acidic, abrasive or corrosive. The tradeoff for the operator in using a pump that offered the highest levels of robustness, versatility and reliability was a much higher purchase cost.

Today, however, many pump users are believing that a premium pump is not always required for some of the more basic fluid-handling applications, such as those found in water-processing, electroplating or galvanizing operations. In these cases, while the user knows that it is always better to have a heavier pump, he will choose a lighter alternative because it can still perform rudimentary tasks, but will do so with a lower capital investment required.

This change in mood has opened the door for imitators to make their way into the market, with most of the knockoff AODD pumps being produced by companies in Eastern Europe and China, where the costs of raw materials and labor are cheaper, which leads to an even lower price tag on the pump. However, pump purchasers must beware because it is difficult to truly replicate the original.

A major concern with the imitation brands is the chance that the pumps that are produced are actually copies of copies of copies, and the farther you move away from the original, the less likely it is that the pump will perform up to the expectations created by its outward appearance.

This can be extremely problematic when the pump is scheduled to be used in production atmospheres that must conform to the tenets of the European Union’s (EU) “Atmosphere Explosive” (ATEX) regulation. 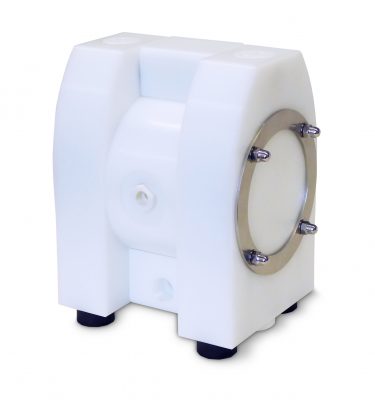 The ATEX-conforming solid-body plastic design of the C-Series pumps enables their use with hazardous fluids or operation in potentially explosive atmospheres.

The manufacturers and users of fluids that can be dangerous and hazardous when handled in explosive atmospheres have been working for years with government regulators to create a safer manufacturing environment, with petrochemical plants, oilfields, offshore oil platforms and mines among the most common places these dangerous chemicals are found. With that in mind, in 2003, the EU made it mandatory that manufacturers within the EU follow the ATEX directives when handling or producing chemicals in potentially explosive atmospheres.

Hazardous-area atmospheres are classified into zones based on size, location and the likelihood of an explosion. Zones 0, 1 and 2 specify gas-vapor-mist, while zones 20, 21 and 22 specify dust. These classifications dictate that those properties be protected from sources of ignition. Zone 0 and 20 require the Category 1 designation—the highest risk of an explosive atmosphere being present. Other categories are Zone 1 and 21, which fall into Category 2; and Zone 2 and 22, which require Category 3. 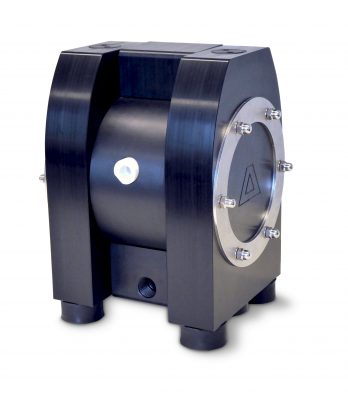 C-Series pumps have no drives, rotating parts or shaft seals and feature good suction head with self-priming and dry-run capabilities.

There are also three preconditions for the ATEX directive to apply. First, the equipment should be intended for use in a potentially explosive environment. It should be under normal atmospheric conditions and, finally, the equipment must have its own effective source of ignition.

Traditional AODD pumps can satisfy the ATEX criteria because they can be constructed of PE conductive materials that are compatible with the corrosive or abrasive fluids that are often required in, for example, chemical processing. The pump’s solid-body construction is also critical in this area as it increases the pump’s strength, while the solid-body design eliminates the leak paths that can develop in comparable injection-molded plastic pumps. The AODD pump’s inherent seal-free design also contributes to a decreased risk of product leaks since there are no seals to fail. 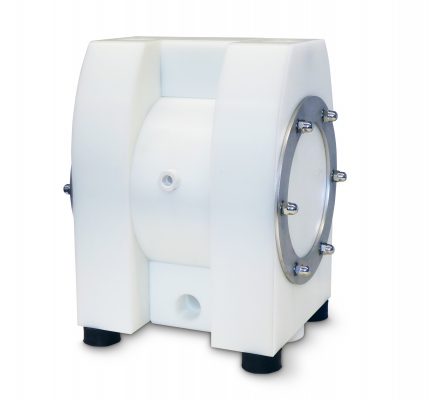 The design of the C-Series pump positions the suction and discharge ports as separate housing parts so that three different connection footprints are available, which allows for easy drop-in replacement in existing installations.

In the end, manufacturers who work with hazardous fluids or operate in potentially explosive atmospheres would be wise to make ATEX-conforming, solid-body plastic AODD pumps standard in their operations – and should be leery before relying on imitation brands in these potentially dangerous operating conditions. ATEX is widely considered the accepted symbol of safety and utilizing ATEX-rated pumping equipment can provide operators with the peace of mind, even outside the EU, they need when working in potentially dangerous environments.

The recent trend toward “good enough” thinking – and the corresponding possibility that imitation pumps might not be as safe or reliable as advertised – within the industry prompted one manufacturer to consider the development of a cheaper, more cost-effective alternative in order to counter the imitators.

The result is the development and release of a pump being billed as a “new original.” The pump, which is available in 10 millimeter (mm) (3/8 inch), 15 mm (1/2 inch) and 25 mm (1 inch) port sizes, is designed for fluid-handling applications that do not require high-end features. Still, the pump has the mass needed for oscillating pumps with wetted parts constructed of PE or PTFE, with conductive versions with ATEX conformity also available, while the diaphragms and ball valves are made of PTFE and EPDM. 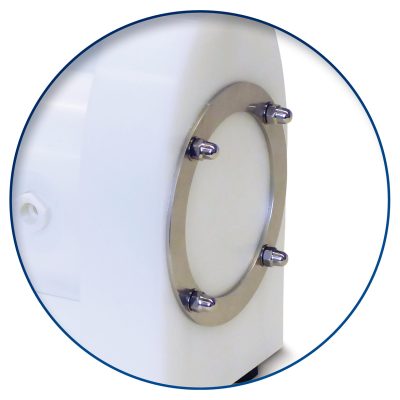 The pump’s housing parts are tightened against each other via a diaphragm-sized ring on each side. This structure transmits the forces from the housing bolts into the housing parts evenly, which improves the pump’s longevity and increases its safety. The pump’s air engine has no dead center and operates without the need for any lubrication. It has only two moving parts that allow it to achieve superior and volumetrically consistent flow rates and optimize air consumption, which lowers overall operating costs.

The pumps are equipped with separate female national pipe thread (NPT)-threaded inlet and outlet manifolds, while the air inlet is British standard pipe (BSP)-threaded with an optional NPT-threaded air inlet also available. The connection manifolds can be installed in one of two configurations: a standard “Z” setup with inlet and outlet on opposite of the pumps, or a “C” configuration with the inlet and outlet on the same side of the pump. The pump’s design also positions the suction and discharge ports as separate housing parts so that three different connection footprints are available, which allows for easy drop-in replacement in existing installations. 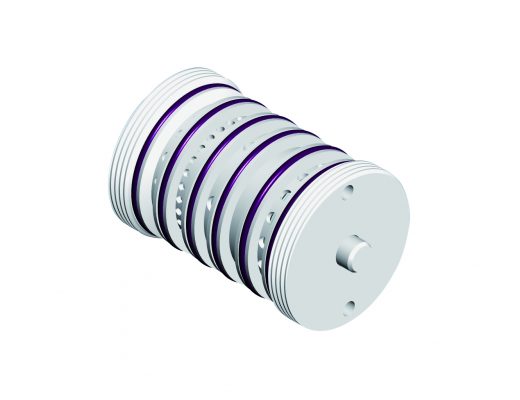 Choosing the right equipment is one of the most pivotal decisions a manufacturer will make. That decision has become more complicated with the growth in the availability of imitation models. Manufacturers who are in the market for new pumps and might find themselves considering imitation models should first ask themselves this question: When you buy a knockoff pump, can you be sure that the manufacturer has taken all of the concerns regarding safety and reliability into account? Longtime manufacturers of solid-body plastic AODD pumps have addressed the pitfalls that are inherent when handling dangerous or hazardous fluids and one has even taken the initiative to create a more cost-effective version of its standard-setting model to both combat the imitators and provide a cost-effective but still safe and reliable alternative when “good enough” pump is the best choice.

Peter Schüten is the Almatec® Product Manager with Almatec® Maschinenbau GmbH, Kamp-Lintfort, Germany. He can be reached at Peter.Schueten@psgdover.com or +49 2842 961 22. Almatec is one of the world’s leading manufacturers of air-operated double-diaphragm (AODD) pumps, owns numerous patents and has one of the largest product ranges in the field of pneumatic diaphragm pumps. Almatec is product brand of PSG®, a Dover Company, Oakbrook Terrace, IL, USA. PSG is comprised of several of the world’s leading pump brands, including Abaque®, Almatec®, Blackmer®, Ebsray®, EnviroGear®, Griswold®, Neptune™, Mouvex®, Quattroflow™, RedScrew™ and Wilden®. You can find more information on Almatec and PSG at almatec.de and psgdover.com. 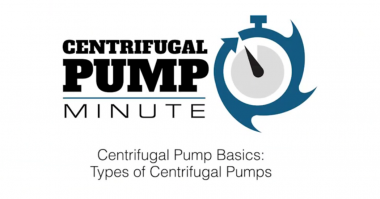 On the diagram in the video, ANSI/HI Standard 1.1-1.2, you can start seeing a lot of different varieties of centrifugal… 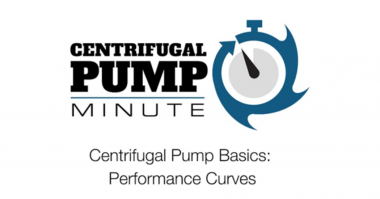 Join James Farley, Senior Director of Product Management for Griswold, as he discusses pump performance curves in the latest edition… 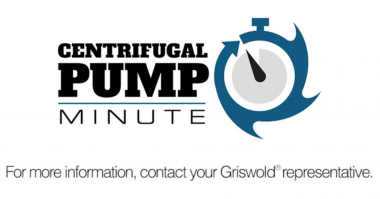 In the latest edition of the Centrifugal Pump Minute, James Farley, Senior Director of Product Management for Griswold, discusses why…