A major industrial rail terminal operator in the United States initially wanted to improve the noise level and operation of a rail car unloading pump for crude oil at their facility.

The tank terminal design included a rail car unloading rack employing 3 gear pumps. Because these pumps were sensitive to changing weather conditions, they would vibrate which resulted in noise. Unfortunately, one pump was directly outside the manager’s office and was extremely noisy (it was measured at greater than 100 decibels), prompting the Terminal Manager to contact a NETZSCH distributor to investigate pump replacement solutions.

The distributor contacted NETZSCH to assist with the pump selection. A visit was made to the rail car unloading facility to review that pump installation and to get an overview of the system requirements.

During the visit, it was discovered that the terminal not only wanted to replace that specific noisy gear pump, but all 3 gear pumps used on the rail car unloading rack. This rack is basically a fixed structure, such as a platform or gangway allowing workers to safely access the rail car at the height needed for their application.

The initial quote was for a solution that was quiet, no leak, no vibration and offered a faster unload operation but the order was not quickly placed by the customer. After a time, NETZSCH learned that the terminal was in the process of designing 2 more unloading racks with 2 pumps per rack and so would require 6 new pumps. Consequently, another visit was scheduled to discuss the expansion project and what solution NETZSCH could offer.

New operating parameters were established. These included a greater viscosity range of the crude oil product and a desired higher flow that this terminal wanted to incorporate as part of their growth.

The API grade of the incoming crude oil at this terminal could be as low as 10 API and as high as 52 API which is a significant variation in viscosity ruling out a centrifugal-style pump. This significant variation in product viscosity would also cause changes in the system pressures during unloading. Temperature changes could also change the viscosity of the product. Coupled with the fact that the customer wanted to strip the rail cars, the NOTOS® 4NS Multiple Screw Pump, a positive displacement style pump with no metal to metal contact was definitely the best pump type for this crude oil rail car unloading project. Along with this, the pump had to meet API 676 requirements.

As a result, a new pump choice—a NOTOS® 4NS pump—was chosen as the best pump selection for the rail car unloading application.

During the project timeline the terminal facility changed terminal managers, project managers, and engineering companies. This added a significant amount of complexity and it became a priority to continue developing relationships with each of these new individuals and companies.

Several visits were made to both the terminal and the engineering firm to present the NETZSCH NOTOS® pump selection and the benefits of using NETZSCH Multiple Screw Pump technology. In fact, the NOTOS® APP, which can be found at the App Store, was a critical tool when presenting the operating features and benefits of the NOTOS® pump to key individuals associated with the project. (This free tool is available to anyone with a smartphone, tablet, or computer. Just go to www.netzsch.com to download.) 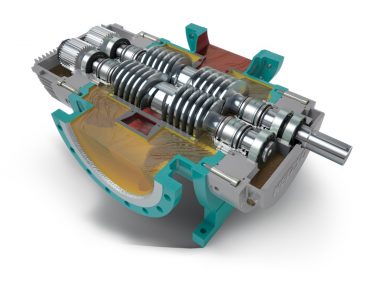 Stripping railcars, the process of draining each rail car until all fluid is removed, can cause a pump by itself to run dry (without fluid) for short periods of time. By employing a double mechanical cartridge seal and the pump can run dry without damage to the pump seals as they are lubricated by an external seal flushing system.

Although a competitive quote provided to the Rail car Unloading Terminal was significantly less than the NETZSCH quotation, this offer only included a single mechanical seal.

NETZSCH proceeded to present to multiple individuals within the tank terminal organization the problems that they would confront if electing to use single mechanical seals and countered with the following benefits of using the NETZSCH NOTOS® 4NS with double mechanical seals:

With these benefits and all of the presentations and training, the customer selected NETZSCH to provide the NOTOS® 4NS pumps for their rail car unloading project. 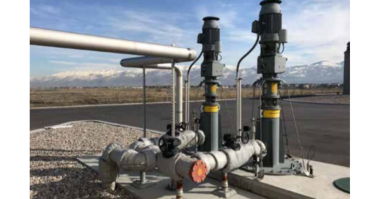 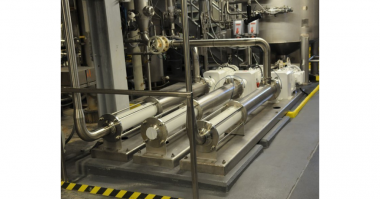 For a major U.S. producer of dairy products, NETZSCH has provided NEMO® progressing cavity pumps for the difficult job of… 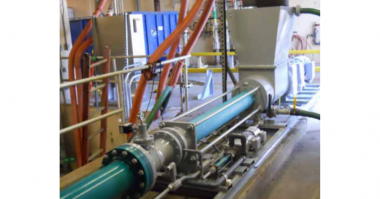 The northern California City of San Mateo Wastewater Treatment Plant (WWTP) was built in 1930 but modernized several times, most…