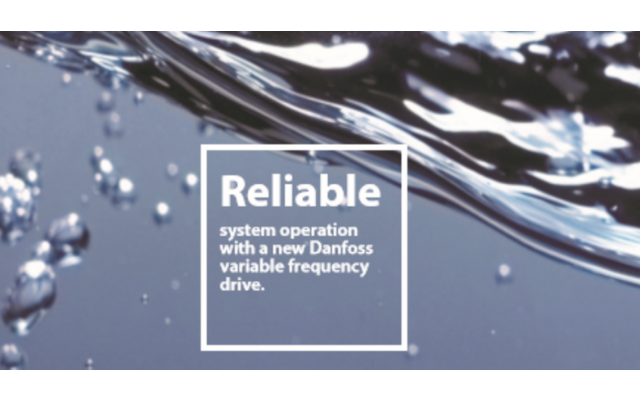 Located in one of the fastest growing regions in the U.S., the Benton/Washington Regional Public Water Authority (BWRPWA) broke ground in 1996 for a water treatment facility serving northwest Arkansas and eastern Oklahoma. Today, it operates as a wholesaler, providing up to 24 million gallons of drinking water per day to sixteen municipalities and other entities. To be a costeffective water provider, the Authority operates pumps at varying speeds, night and day — which is why BWRPWA saw a lot of value in the Danfoss VLT® AQUA Drive, variable frequency drive.

“We’re selling water to many different customers,” says Jeremy McCrary, maintenance foreman for BWRPWA. “To provide a potable water supply as cost-effectively as possible, we need to be up and running at all hours. That’s why when the variable frequency drive for one of our 500-HP pumps went down, I was glad Danfoss had a fast solution.”

500-HP drive moves up to 13 million gallons per day

As a water wholesaler, the BWRPWA draws water from nearby Beaver Lake then completes the treatment process at the plant. From there, a vertical pump transports the water to various storage tanks. The water is then distributed to suppliers who operate their local systems and bill customers.

“Our operation is pretty straightforward,” says McCrary. “We pump water into storage. We’re not dealing with sophisticated control strategies. We just want to make sure our storage tanks are filled as cost effectively as possible.”

During the summer months, that means minimizing pumping during peak hours when electricity is more expensive. As much as possible, the plant shifts heaviest electricity use to off-peak hours.

“In peak electrical demand periods, we switch to onsite generated power, allow the tanks to draw down and throttle the pump back to about 60 percent capacity to minimize electric costs,” he emphasizes. “But then at hours when electrical demand is lower, we run those pumps hard at 100 percent to catch up until the storage tanks are full.”

That strategy worked fine until one of BWRPWA’s three pumps went down due to a variable frequency drive (VFD) failure. “We run two 500-HP pumps and one 1,000-HP pump,” says McCrary. “When the 500-HP drive went down, we had to find a solution fast.”

Eisenhauer explains: “We provide field and bench repair services as well as sales, design, programming and installation of AC and DC drives. Over the years, we’ve been very impressed with Danfoss drives. In this case we recommended that the dead VFD be replaced by the Danfoss VLT® AQUA Drive.”

At first McCrary was skeptical. “I knew that Danfoss VFDs were used in HVAC systems,” he says. “But I didn’t know they had VFD products for water and wastewater applications.” 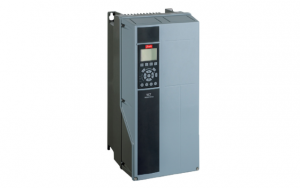 “Unlike other VFDs, the Danfoss VLT® AQUA Drive is dedicated to water and wastewater applications,” says Eisenhauer. “And it is built in Milwaukee, Wisconsin. So it was readily available to meet the schedule.”

McCrary wanted a turnkey solution that would fit into an existing cabinet space and tie into the plant’s supervisory control and data acquisition system (SCADA). But he also was looking for improved controls, greater reliability, and minimal budget impact.

Eisenhauer supplied a 500 HP Danfoss VLT® AQUA Drive model FC202 with a Modbus communications card in NEMA 12 housing with a main fuse disconnect. The drive was then installed in a sealed, UL-approved, custom panel with controls built by Fleming.

“I discovered that the FC202 had a lot going for it,” says McCrary. “While this application didn’t need all the VLT® AQUA Drive’s water-specific capabilities, like flow compensation and dry pump protection, knowing they were there proved to me that this drive could handle my application without a doubt.”

He also appreciated dealing with only one company — Fleming — to get the drive, controls, serial communications, custom panel, and installation all completed in a matter of weeks rather than months.

Eisenhauer noted that after he received the BWRPWA purchase order in late September, he got the drive two weeks later. Three weeks after that, the panel was fitted and the drive was installed and started up.

Adding value in energy and cost savings Meeting the tight time frame was a plus. So, too, were the energy savings. The old drive needed two fans running full time to draw air through the cabinet, which is located in a space that is not air conditioned. The fans were needed to drive air around the drive enclosure to cool it by convection air flow. But the VLT® AQUA Drive’s heat dissipation is better, allowing the use of a lowerspeed fan. The VLT® AQUA Drive can handle up to 122 degrees F (50 degrees C) without derating. As a result, the fan runs at high speed only during the hottest periods, which saves electricity.

The Danfoss VLT® AQUA Drive also is about two percent more energy efficient than the old unit. When all the energy savings are added up, Smith calculates that the drive upgrade is likely to save the Authority $8,000 annually.

The customer was pleased that the new drive was positive for his operating budget, but also his capital expense budget. “Running a cost-effective operation is what we’re all about,” says McCrary. “So I was happy to learn the Danfoss VLT® AQUA Drive was well within our cost expectations.”

Providing additional value, the drive was also covered under the Danfoss DrivePro-tection program, which provides premium coverage against defects and normal wear, but also against accidental damage, such as power surges.

Normally, the DrivePro-tection warranty period on new drives extends up to six years. Given BWRPWA’s desire to control costs, coverage was extended to 10 years.

“Danfoss had the flexibility to offer an outstanding warranty,” says McCrary. “When a company can stand behind its product by offering an extended service plan that long, it gave us a lot of confidence.”

“Fleming and Danfoss have been great to work with,” McCrary concludes. “Having a single point of contact for design, sales, service, and support is a big plus. Then, when you add the fast turnaround on a turn-key replacement project like this – and DrivePro-tection for guaranteed onsite service if there’s ever a problem down the road, we are very pleased. We’ve been up and running for nine months and there have been no hiccups. That’s just the kind of reliability we want for all our water customers.” 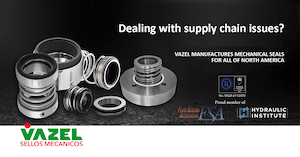 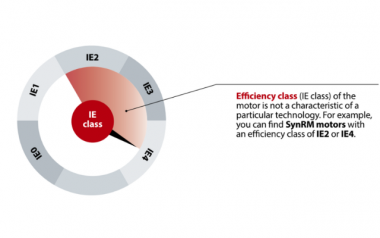 What’s in it for you, when it comes to motor independence? 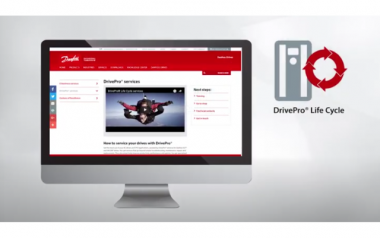 Contributor: Danfoss Prevention of downtime, faster recovery from failures, optimized system performance; as a plant or site manager are these theoretical… 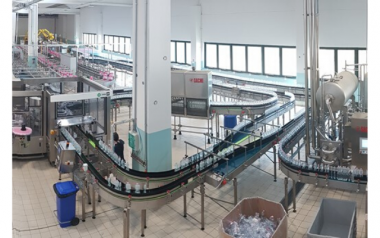 Bottling is more competitive when it is sensorless

Contributor: Danfoss The Tavina bottling plant in Salo, Italy has a capacity of over 100,000 bottles per hour, equivalent to a…