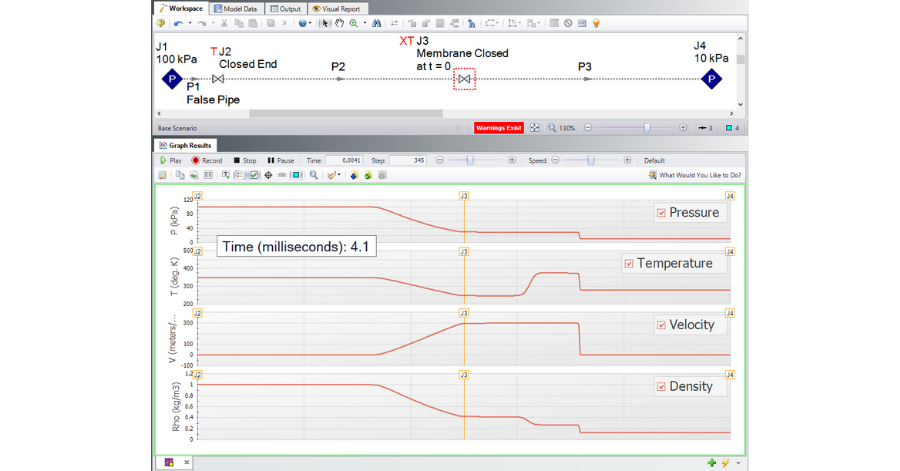 New software tool makes the analysis of transients in turbine, compressor, and process piping more precise, and more reliable, than engineers ever thought they could.

Uncertainty in design and operation costs money and time from oversizing equipment and downtime during issues. These issues are potentially caused by uncertainty in steam and gas transients. Now engineers can rigorously evaluate and solve gas and steam transient engineering problems they have only been able to guess at in the past. AFT xStream™ will help engineers definitively solve these challenging problems by addressing the root cause to enhance system safety and improve reliability.

“Since I founded AFT 27 years ago, we have continually pioneered new technologies. Now with AFT xStream we are extremely proud (pun intended) to be pushing the envelope once again.“ says Trey Walters, AFT’s Founder and President. “Further, with the PFA pulsation add-on module, engineers will now have an easy-to-use interface for solving gas system pulsation problems.”

Steam and gas transients are time-dependent deviations from steady-state operating point. For example, a relief system reacting to an over-pressure event would cause a transient event.

The ability to be proactive in the transient analysis of steam and gas systems is important for any piping system. It is important to the reliability, sustainability, and overall safety of a system.

AFT xStream has immediate applications for engineers who work with steady-state gas piping systems, those familiar with liquid transient analysis, or those looking to explore acoustic transients. The software builds on current technology established in AFT Arrow™ and AFT Impulse™, finally bridging compressible and transient analysis.

Engineers who work with steady-state gas flow will be able to better understand how their system behaves when it deviates from steady-state. These engineers will benefit from visualizing the transient response due to sudden valve closures, relief systems, blowdowns, etc.

Engineers specialized in compressor discharge, turbine supply, or any piping in between will be interested in testing changes to their system to minimize shut-down conditions or avoid pulsation. AFT xStream can uniquely provide more precise data and insight than engineers have been able to previously model.

What type of systems would benefit from AFT xStream analysis?

AFT worked with several leading authorities in aerospace, nuclear, and conventional power generation to beta test AFT xStream. During the testing process, AFT xStream was able to simulate existing systems and the analysis tool impressively demonstrated how accurate and detailed gas and steam transient analysis could be.

How does it work?

With AFT xStream, engineers will be able to:

Founded in 1993, the release of AFT xStream coincides with the 27th Anniversary of AFT’s flagship product, AFT Fathom™. AFT Fathom was the world’s first graphical pipe flow analysis product for Microsoft Windows in 1994. It was soon followed by AFT Arrow for compressible flow, and AFT Impulse which is used to analyze transients caused by waterhammer and surge. For nearly three decades, AFT has gained recognition as an industry-leading software provider and expert in flow analysis. They have a dedicated following of engineers who utilize their software tools in 80+ countries.

For more information, or to schedule a personal demonstration for your company, visit
https://www.aft.com/products/xstream. 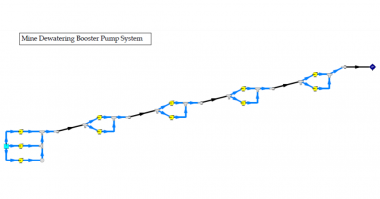