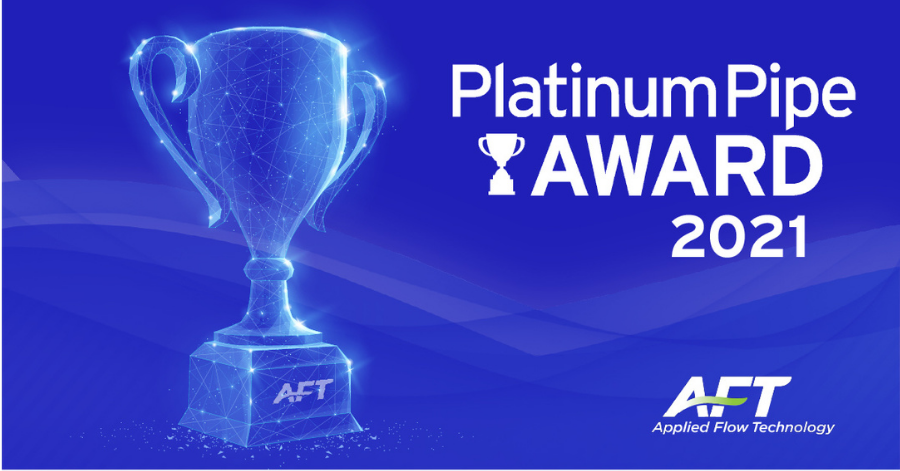 Applied Flow Technology is pleased to announce the results of the 2021 Platinum Pipe Award. Each year, this AFT award recognizes excellence in piping and ducting system modeling using AFT software. Customers who use AFT Fathom, AFT Arrow, or AFT Impulse can enter projects in one, or several, of the categories.

Each of the winners below received a $500 Amazon gift card, $2,000 in software credit for their company, and physical awards to display on their desks. This year recognized one Honorable Mention entry with a $100 gift card.

While the Platinum Pipe Award contest has closed for this year, any AFT user can prepare to enter the contest next year and submit a project before October 31, 2021.

A root cause analysis (RCA) for sudden pressure rise that occurred during material loading operations. This project completed the validation and reconciliation with respect to limited available operating data and allowed the team to suggest mitigation options for reliability & sustainability. The root cause was identified, and mitigation options were suggested. After the implementation of the recommendations, the client responded with a testimonial: “Historically pending issue has been resolved scientifically with a clear focus.” The project shows 8 measured steady-state data points compared to steady-state Impulse results. All data matched within 5-10%.

This project provided a solution to a long-time drainage issue for a Fortune 500 company by providing an optimized solution while reducing overall capital for the project. The overwhelming complexity of marrying a gravity system model to a pressurized system model calls for software that can integrate field data while providing an accurate assessment of the existing system for use in future expansion projects. Hydrus Works was able to provide an accurate model that solves the long-time drainage issue with multiple configuration options by use of AFT Fathom’s scenarios, all while reducing the project scope by over $25 million.

Founded in 1993, Applied Flow Technology is a leader in the pipe flow modeling software market. With a primary focus on developing high-quality fluid flow analysis software, AFT’s comprehensive line of products for the analysis and design of piping and ducting systems is used in more than 80 countries to engineer safer, more efficient systems and solve operational problems. Learn more at www.aft.com. 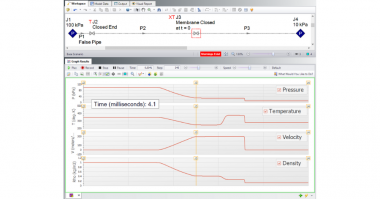 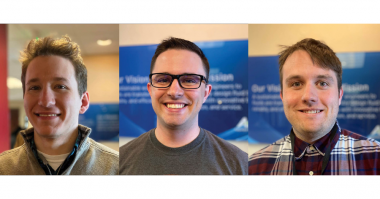